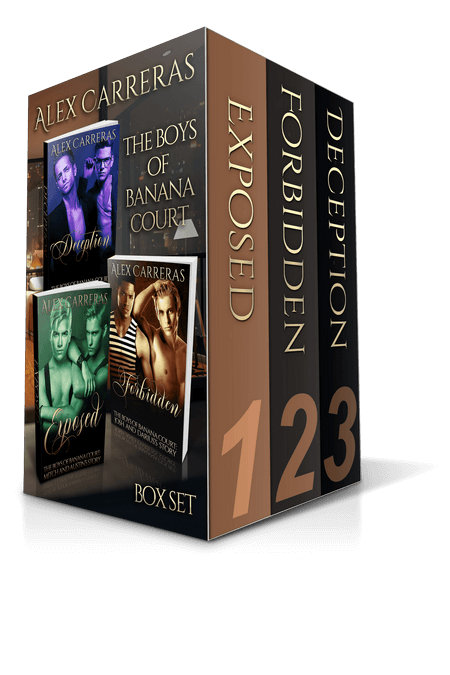 A Gay Romance collection of three favourite The Boys of Banana Court books from the series: Exposed, Forbidden and Deception.

Mohammed Connelly is straight. He’s been straight all his life. So what if he has sex with men? That doesn’t mean he’s gay, does it?

PUBLISHER NOTE: A Gay Romance containing all 3 stories in the series, Exposed, Forbidden and Deception. 71,029 words in total.

What in the hell did you just do?

Austin stepped out of the shower, toweled off, and fell into bed. He hadn’t lied to Mitch. Not really. He did have to get up early. The next day, he started giving massages part-time at a gym he’d recently discovered. The clientele were mostly gay, had discretionary income, and Austin’s friend, who referred him, worked there exclusively because the pay and the tips were that good. Austin was sick of running around town, fighting traffic and hauling his equipment in and out of his Pathfinder just to give a massage to a client who expected a happy ending because he was in the privacy of his own home. He was a reputable massage therapist, not some pervert advertising on Craigslist and looking to turn a buck by a quick blow and jerk. Granted, some of the men were attractive, and Austin had been tempted once or twice, but once he started down that path, his clientele would be the men who found their massages through Craigslist. Not a decent way to make a living.

Frustrated, Austin kicked away the sheets and punched his pillow. The central air-conditioning had been working overtime in the intense heat lately, and he was on the verge of boiling over. Combing his fingers through his still damp hair, he exhaled hard, frustrated. But that wasn’t the only reason he was overheated.

Here Austin had the man in the palm of his hands, quite literally, and he choked. He’d obsessed over Mitch for more than a year while back in high school. To say that their encounter was an epic fail was the understatement of the century. At this very moment, Austin should have Mitch tangled around him, not his bed sheets. But when Mitch began to recognize him, Austin had known it would only be a matter of time before he’d figure out that Austin was that fat loser who skulked up and down the halls pining for Mitch’s attention, and was the same dork who sat three desks behind him in Calculus … salivating.

What a fucking joke.

And when Mitch finally connected the dots and made the realization that Austin Grey was that Austin Grey, Mitch’s hard-on would be replaced with a permanent case of limp dick and Austin would be back at his psychiatrist’s office on heavy rotation.

“Let’s go over here,” Josh suggested, squinting into the darkness. “There’s a flat spot on the sand that doesn’t get too saturated during high tide.” Josh guided Darius close to the water’s edge, the sound of the surf crashing on shore pounding in his ears. It was a perfect spot to have sex; no one would be able to hear his moans of ecstasy over the surf. Josh stopped and turned. “Can you kiss me the same way you did before?”

“Sure, but from what you said earlier, I figured that you wanted to take things slowly.”

Josh pressed his body against Darius. “Fuck that,” Josh said into his ears. “And fuck me.”

They were down on the sand before Josh knew what had happened. Darius’s hands were skilled at undoing buttons in record time. His shirt successfully shed, Darius moved on to Josh’s pants. “Damn, are you a magician? I’ve never been undressed so quickly.”

With one yank, Josh’s pants and underwear were down around his ankles. “I don’t want to waste time on the small stuff, and I don’t intend to get interrupted when I’m sucking you off.”

What can I say to that, Josh thought, except, “Have at it.”

Lying flat on his back, the sand cool against his heated skin, Josh felt Darius’s mouth engulf his cock. Josh placed his hands on the back of Darius’s head as his lover rode his cock with his mouth. He fixated on the full moon directly overhead as the rush of orgasm overcame him. The crash of waves melded with his passionate cries, Darius taking every last drop of his load. When Josh was able to return to earth, he blinked Darius into focus.

“That was fast.” Isaac watched Josh walking toward the cash register where he was standing and supposedly working, except that his mind kept wandering to the night before instead of tracking hourly sales like his boss wanted him to do. But he didn’t care how many pima cotton tees he had sold in the last hour or about the new, slim-cut faded jeans that every gay boy in town kept calling to ask for and put on hold. He had more important things on his mind. Mohammed.

“I was driving by when I got your text.” Josh’s eyes roamed the sales floor. “Where are those jeans everyone’s been talking about?”

“I didn’t ask you here so you could do some shopping.” Sometimes Josh could be so one-dimensional. “My life is unraveling.”

“What are you talking about?” Josh stroked a long-sleeved shirt in lilac. “Last night you left with the cutest guy in the club. What could be so bad?”

“Then he’s not straight.”

“I saw a picture of his very pretty girlfriend.”

“That’s his beard.” Josh rolled his eyes. “The dude’s in the closet because straight guys don’t suck cock.”

“Or he could be bisexual.”

“How selfish.” Josh made a tsking sound that sounded like disapproval. “Bisexuals are so greedy. It’s just wrong. No one should be allowed to have all that choice.”

“What am I going to do about it?” The store phone started to ring, but Isaac ignored it as he waited for Josh’s answer.

“Do you have to do something?” Josh shrugged. “I mean you don’t really have to see him again.”

That was not what he was expecting to hear … or wanted to hear. “I guess not, but there was this connection between us. I’ve never had sex like that in my life. He did everything right. It was as if he was reading my mind and then fulfilling everything I wanted him to do to me.” Just talking about it started to make Josh’s cheeks flush and his underwear grow tight. “I don’t know how to explain it, except he drove me wild.”

“Because you have it bad. I can tell.”

“Except that he’s a closet case and a cheat.”

Be the first to review “The Boys of Banana Court: Box Set” Cancel reply
All our ebooks are available to download in PDF, ePub & Mobi 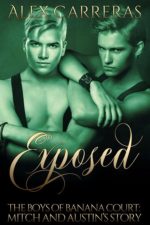 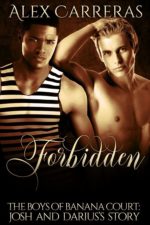 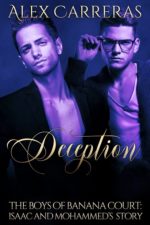