For the member of a famous rock ‘n’ roll band, Dazed bass player, Reno Rocket’s life is boringly normal, right down to the controlling girlfriend he has tucked away. When the new lead singer, Tanner Star arrives, Reno’s attraction to the rock legend and notorious Dom is immediate and frightening. The moment Tanner grinds against him on stage, his life is changed forever. 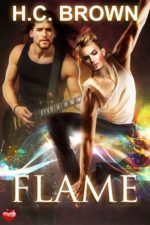