Cast from his body thousands of years before, the waif sees her and wants her. The shadowy form seduces the lovely Lotta then seeks to find a way to possess her as the man he once was.

Rich and successful and under the watchful eye of his dominant mother, Ian King is in love with the beautiful and talented artist Lotta—a girl deemed totally unsuitable for him. When he takes her to meet his critical mother, he is unprepared for the skeletons in his family closet.

Can Lotta find the love she needs? And will it be with the gentle Ian or the passionate waif, Edris?

The form that was not even quite a form floated over the unfamiliar skyline.

When had these giant concrete and glass structures appeared, and when had the peace of nature been violated with the roar of mechanical engines and so many people?

Flickering just outside human perception, the entity hovered like a flash of light in the far corner of vision. Here it had dwelt for eons, just outside reality, yet never quite removed from it. It knew it had been human once. There was a certainty that swirled like energy deep within its formless being. Like a will-o’-the-wisp, it moved from place to place, time having no meaning to its existence, yet knowing that something lay in wait; that it had a purpose; a fate that would reveal itself in the fullness of time.

The waif, for that is what the formless being was, stirred. It darted this way and that, the knowledge that its time was drawing near. A faint drumming began to fill it, pulling it faster and faster toward the concrete jungle.

It tried to resist; to pull back to the safety of oblivion but the beat grew stronger, calling to it, reaching out to snare it and entice it. The pulse was hypnotic. It called his name—a name long forgotten in the recesses of time.

The beat spelled out his name.

Then it found her. Through the misty morning, it heard the sound growing louder. Drawn by a pulse; a beat that pounded in it until it moved closer to the source to gain sanctuary from the relentless rhythm.

She lay on the bed, spread out and naked like a perfect Venus. Her creamy skin glowed in the early rays of the day. The beat intensified as she moaned and arched; a dream that caused her heart to race; caused her arousal to infiltrate the room. The air pulsed with her desire, racing out to fill the waif with its powerful intensity.

Curious, it hovered over her. Watched as she smiled and ran her hands over her curves, cupping her own breasts and writhing her hips against an imagined beau. Her musky smell excited the waif. Feelings that had perished with its human form touched the edge of its instinct.

It floated down, like a breath of wind and caressed the skin with its formless presence. The chill mingled with the beads of sweat and evoked a moan of pleasure. Beginning to enjoy itself, the waif brushed over an erect nipple and saw the dark peak stiffen. Like a summer breeze, it moved over every inch of the soft flesh. It tickled the neck and passed over the full lips that parted with a low moan. It traced a path down across the flat stomach, finally finding its way between the soft curled hair that formed a triangle around the woman’s damp core.

Her legs parted and the waif moved backward and forward, coaxing the tight bud from within the silky folds of skin. Gently, it skimmed across the blossoming bud, sensing the buildup of moisture and the sticky cream that filled the air with musky desire. The woman panted and cried out in pure ecstasy as the form passed further into the molten core.

The tightening of the hot, wet muscled passage was accompanied by a screech of elation. The form passed back into the chill of the room, already missing the moist nest it had delved inside. The woman laid spread-eagled on the bed. Her hands gripped the covers and her eyes flew open in pure shock. Scanning the room, she shook her head and laughed. The rosy blush that stained her cheeks, coupled with the girlish giggle, filled the waif with a longing that it did not understand. It hovered in the corner of the room, watching and waiting, unwilling to leave and almost unable to tear itself from this glowing life force with which it had connected. The beat still filled it, though it had calmed to a steady pace.

Her heart, I feel the beat of her heart.

“Edris?” her voice was just a whisper, yet it filled the space and burst through the waif like a bolt of sunshine. 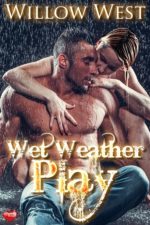 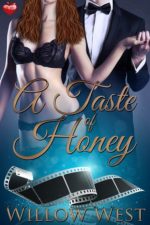 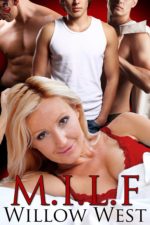