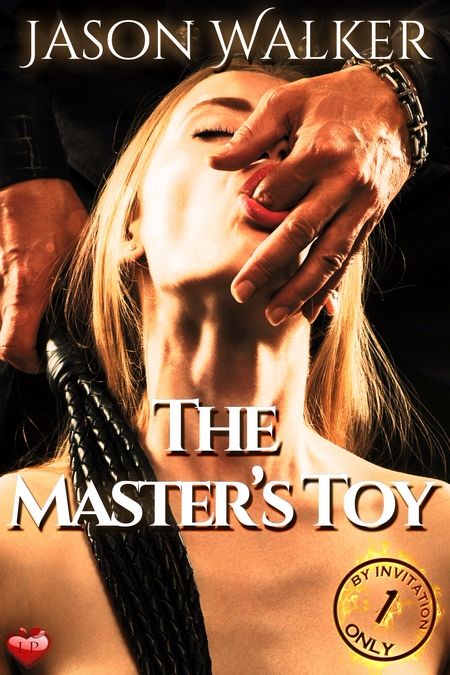 Ashley Wallace had an accident. By losing control of her car, she set in motion a series of events that would not only change her life but the lives of many others along the way.

Introduced to the domination and submission lifestyle, Ashley soon found that the best relationships can grow out of giving oneself over to someone—completely. Her role in the lives of these people was to be that of a “plaything,” but it quickly becomes so much more.

Reader Advisory: Contains scenes of domination and submission, and acts of pure pleasure.

“Well, I can’t afford to pay a thousand dollars for anything, and you are probably right about my lacking the necessary skills, at least, to repair the yard, but perhaps there are other skills I possess?”

Daniel sat forward in his chair. “Are you proposing something, Ashley?”

Ashley knew that it was time to put up or shut up. She stood from the table and stepped away from the chairs. After pausing in the sunshine, she started to unbutton her blouse. Inside she was hoping that Daniel would stop her, but he remained silent. Ashley continued to disrobe. Each successive piece of clothing was laid upon the table in front of the seated pair. It wasn’t long before Ashley stood in front of them completely nude. Ashley was proud of her body. She stood just less than five foot five inches tall. Ashley had curves. Her frame carried her one hundred and twenty-eight pounds nicely. She had full round ‘C’ cup breasts and a small waist above round hips. Feeling a little embarrassed, a little turned on, and a little frightened, she watched for Daniel’s reaction. Evangeline’s appreciation was obvious as Ashley could see her nipples harden and a slight sheen of sweat appear on her upper lip. Daniel stood from the table and walked over to her. Ashley tried to stand as still as possible while Daniel made a circle around her surveying her from head to toe.

“Are you offering yourself to me, Ashley?”

“Yes.” Ashley paused momentarily. “Yes, Sir. I would like to offer myself for your pleasure in return for damaging your property.”

Ashley couldn’t see Daniel as he stood behind her and spoke.

“Ashley, I appreciate this very generous offer, but I’m not sure you really understand what my pleasure might entail. You may be getting yourself into something you are not prepared to get yourself into. Would you like to discuss this a little before making a definitive offer?”

Evangeline smiled broadly as Ashley tried to conform to what she perceived as the rules. Daniel motioned for Ashley to take a place at the table. He even offered her a towel to spread on the seat as the chair had been sitting in the sunlight as was more than slightly warm. Ashley stood until Daniel had sat down before gingerly taking her seat. Ashley took a drink from her daiquiri while Daniel gathered his thoughts.

“Are you comfortable?” Daniel broke the ice to make sure Ashley was prepared to discuss the situation.

“No, Ashley, drop the ‘Sir’ stuff. Are you comfortable sitting there naked while we talk about this?”

Ashley relaxed a little. “Yes, actually I am. I was more uncomfortable being the only one really dressed. I often lay out in the nude, so it’s not like I have any real problem being naked around people. Thank you for asking.”

Daniel smiled. “My pleasure. Now, what exactly are you proposing?”

Ashley was a little hesitant at first until she considered that she was sitting nude, at a table with two people she had met less than an hour ago. She figured it was no time to mince words or beat around the bush.

“Since I cannot afford to pay to repair your yard I am offering to—in a manner of speaking—work off my debt. I would offer myself to please you. To please you in any way you choose. I am a little familiar with what you called your ‘lifestyle’ and I am willing to at least learn more, at your hand, and in the process make you happy.”

Daniel considered her words before speaking. “You make an intriguing offer, Ashley. You may know a little about the lifestyle but do you really understand what it means?”

Ashley didn’t answer but did not break eye contact either.

“It means, if you choose to be another’s submissive and they choose to accept you, you are giving yourself entirely to that person. It is all or nothing. It is much more than just your rather impressive body—it is more than your heart too. It means giving over your will to another. That person chooses your actions, hopefully with your pleasure in mind and with very well established boundaries, but sometimes with nothing more than purely selfish motives. I also believe that you do not choose to be a submissive, you either are or you are not. It really isn’t something you can choose to wear like a sweater and later put back in the closet. You can’t be a submissive for a day then not be the next day. And honestly, I don’t see that in you. Now, as far as your offer is concerned I am not saying no, but I do think you should really consider if you are really submissive. I would like you to take some time and talk with my Evangeline about this. She has been my submissive for more than three years. I have some calls to make. Why don’t you two have a nice long talk, Evangeline will even get another pitcher for you two and I’ll return in an hour and see what you have decided.”

View all books
Slave of the Beast