What would you do if the woman you loved told a lie that destroyed your life?

After being wrongfully imprisoned and then exonerated, Tyler Highland has spent the last five years reclaiming his life and putting together a perfect plan of revenge. Determined to ruin the woman who took his life away with one lie, Tyler is ready to watch the woman he loathes lose everything.

Ashley Britt is at the top of her game as a television news correspondent. Her personal life isn’t so bad either. When a competing news channel breaks the story of her lie, she loses everything she worked so hard for—even the man of her dreams. Forced to face her past, Ashley discovers the truth of her situation. There’s no forgiveness from the man she ruined.

With a plan that puts Tyler in complete control, Tyler quickly discovers there is no satisfaction in revenge. Will he admit that he loves Ashley before it destroys both of them or will he lose her all over again?

Utter shock and pleasure echoed through his body as he came hard with the mere thought of Ashley being his sub.

He was breathing hard as five shots of spunk landed in his boxers. He jerked his hand through his hair as he went to the bathroom to clean up. After cleaning up his junk, he looked at his face in the mirror. Weeks had gone by since he had a good night’s rest. He needed some fresh air. Tyler went through the French doors in his office, looking out at the stable. There was no sign of Ashley.

Determined to forget about what had happened, Tyler got back to work.

Design plans were unrolled on Tyler’s worktable covering every corner of it, with his sleeves rolled on his blue dress shirt, he tried to focus on the half a million project at hand. Rain slanted heavily against the windowpane of the firm, reminding him that rain was an architect’s worst nightmare when on a tight schedule.

A few hours later, a knock on the door distracted him. He glanced up as his cousin Bob strolled in sleek with rain.

Tyler frowned. He stilled the panic that threatened to spill.

“Ashley took off to do some work on the upper ridge, and I haven’t seen her for a while.”

Outside, dark, ominous clouds spanned for miles over the horizon. “She shouldn’t be out there now. The stream floods in that area.”

“I know. I just sent two of the guys out to search for her, but they can’t find her.”

“You called her house?”

“I talked with her uncle Tom, he said she hasn’t been home since this morning.” Bob ran his hand over the back of his neck. “You don’t think she’s in trouble.”

“Knowing, Ash. I’m sure she is. Did she drive her uncle’s truck to work?”

“I think she did. I’ll take the truck up to the western ridge in case she just got lost.”

Fuck. There was no chance of finding her with the GPS he had still attached to her car. “Do that,” Tyler suggested. “I’m going to head out to see if I can find her.”

An obsessive need to protect her suddenly rose within him, becoming very important in his mind. So much so that Tyler pushed aside his work to find out where she was. Lightning stretched in thin branching sparks across the sky followed by a thick roll of thunder. Rain hit with a shocking force. Tyler ran outside through the torrent of rain to his black work truck.

This was quite possibly the dumbest idea he had in a long while. The upper ridge of the farm tended to flood when it piddled any amount of rain. Engineers from the Kentucky Department of Transportation were supposed to fix the adjoining roadway later this summer. As usual, the problem was put on the backburner for other road priorities.

Tyler cranked over the powerful engine and raced out onto the road, turning left in the direction Bob indicated she went. Rain slanted thick across the windshield making it difficult to see through a dense wall of gray. He wiped the rainwater from his face as he drove.

When Tyler was a mile out, he saw headlights staring straight on the side of the road. One of their work trucks was pulled off the shoulder with the hood sticking up, the driver side door was flung open, but there was no sign of Ashley. Tyler whipped the truck to a quick stop on the other side of the street jumping out.

It took Tyler only a second to see Ashley leaning over the edge of the steel Johnson Bridge that spanned the swelling Little Miami. Shock threaded his soul when he realized she was about to jump. His heart stopped. Then she did. Her yellow raincoat disappeared over the edge.

Tyler raced across the road snatching hold of Ashley’s arm when he saw her on a thin walkway next to the bridge. “Stop!”

Ashley screamed losing her footing, making the turtle in her hands jiggle its arms and legs wildly. “Stop it! You’re going to make me fall!”

Tyler pulled Ashley over the rail and against his chest. “What the hell are you doing?”

“Rescuing a turtle from the rain. My uncle’s truck broke down.” She struggled. “Let go of me!”

Tyler scowled when she yanked out of his grasp. “You should have done what every other normal person would have in this situation. Called for help.”

“My cell doesn’t work out here.”

A defensive look crossed her face as she protectively held the turtle to her chest. Tyler scowled when she hurried across the road to deposit the turtle on the other side. “Let’s go. I’m not going to argue about this here.”

She whipped her rain matted hair aside. Her eyes widened when she saw him take a step forward. “Tyler. Don’t!”

She screamed as Tyler swung her up over his shoulder, carrying her under the covered bridge—all the while intending to talk it out. Instead, she fought him, struggling within his arms as he slid her down the front of his body to her feet. He could feel her heart hammering against his chest.

When they were out of the rain and eye to eye, he completely lost his train of thought and pushed her up against the old wooden slats, kissing her hard. He picked her up, loving the way she wrapped her legs around his waist. He was rock-hard and ready to take her in broad daylight. Rain hit the wood roof of the bridge with a pounding force that mirrored the beat of his heart.

Ashley moaned when he squeezed her ass, rubbing her hips up against his throbbing dick. He was done waiting. He needed an answer to this thing. He broke his lips away, loving the fact that he heard Ashley whimper in protest when he had. 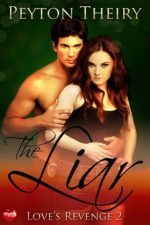 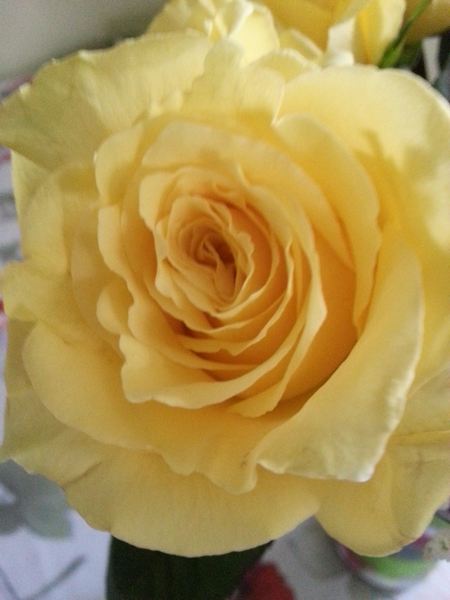