What happens to the boys of summer when there are no more seasons? Where will they go?

The end of the 1941 season has arrived for two baseball players. Eighteen-year-old Eddie Tanner and thirty-two-year-old Sam Trask are two of the finest to play the game. Yet neither received the call to move up to the major league.

For Eddie, there is no going home. Saying goodbye, not only to baseball, but to the girl he has fallen in love with, he leaves for a future somewhere unknown. For Sam, there will be no more seasons but just maybe the salvation of falling in love.

The relief of receiving a letter from Pearl Harbor lets Sam know where Eddie has found himself. This revelation also restores feelings of love that were thought long lost. Within days, however, the world is then plunged further into the darkness of war.

What remains within broken hearts are distant, warm summer memories … from the end of the season.

After knocking, Eddie stood patiently on the porch as he waited for someone to answer the door. A minute later the door opened and Holly greeted her dinner guest with a smile. “You look very nice,” she complimented him.

Eddie smile and replied, “I believe that I should be the one saying nice things to you. That is a very pretty dress you are wearing.”

Holly smiled, yet seemed slightly embarrassed by his compliment. “Please come inside.”

For a moment, they awkwardly stood there in silence. From around the corner stepped her father. He seemed rather surprised that Holly was standing there with a young man. “Holly, did your mother give you money to pay this delivery boy?” he asked.

Holly was mortified by his question and quickly corrected him. Eddie remained silent as he wasn’t sure what to say. “Daddy, this is Eddie Tanner. He is my guest for dinner tonight.”

Eddie extended his hand out to Holly’s father. “Indeed it is a pleasure to meet you, sir,” Eddie offered. Her father appeared genuinely surprised. He quickly re-discovered his manners and completed the handshake with Eddie.

From out of the kitchen stepped Holly’s mother. Her own surprise nearly made her drop the roast beef on the floor. She managed to place the dinner upon the table before walking over to them with noticeable reluctance. The continued surprise of seeing that Holly’s guest was, in fact, a young man was clearly visible upon her face. “Mother, this is Eddie Tanner,” Holly offered in introduction. Eddie smiled at her mother.

Abruptly Holly’s mother said, “We should sit down to eat before dinner gets cold.” Holly and Eddie exchanged a quick, nervous glance before moving into the dining room.

As they sat down Holly’s younger sister walked into the dining room and took her seat at the table. There was something tomboyish about her. Unlike Holly, who was wearing a pretty dress, she was wearing denim overalls and her hair was pulled back in a ponytail. “Who are you?” she questioned as she sat down.

“Eddie Tanner,” he said as he extended his hand out to her.

Judy smiled as she looked at Holly. “So this is Eddie! Holly talks about you all the time.” Judy mockingly altered her voice as if to imitate Holly’s voice. “Oh, Eddie. You are soooo handsome! I would just love for you to walk me home.” Pressing her lips to the back of her hand, she then made embarrassing kissing sounds. Holly was visibly humiliated by her sister’s teasing. Eddie sat quietly and looked at his plate. As for Holly’s parents, their own discomfort only seemed to intensify.

“This roast beef smells quite delicious. I am certain that this will be one very fine meal.”

Holly’s mother attempted to hide her discomfort by the compliments Eddie offered with regards to dinner. Holly had anticipated a certain amount of questions from her parents toward Eddie. As their discomfort eased during dinner, the interrogation began as dessert was being served.

Eddie swallowed his bite of carrot cake and wiped the corner of his mouth with his napkin. “Well, sir, I’m renting a room at the Sheridan Boarding House until the end of the season.”

“The end of what season?” her mother hesitantly asked.

“Baseball, ma’am. I play center field for the Jefferson City Cyclones.” Judging from the discomfort in their body language Eddie guessed that this answer was somehow not acceptable.

After a moment of silence and an encouraging smile from Holly, Eddie continued. “I am originally from Tennessee, just outside Knoxville. My father is the pastor for our local congregation.”

“How long have you been playing baseball?” her father asked.

“Since I was knee high to a blade of grass, sir. I can’t remember not playing baseball.”

Holly’s mother then asked, “Do your parents approve of you playing baseball?”

Eddie hesitated with the answer to this question but then offered an honest response. “My father had hoped that I would follow in his footsteps and find my calling with the Church. I do imagine he is somewhat disappointed that I left home to play baseball.”

Once dinner had ended Eddie politely offered to help with the dishes, an offer that was declined in favor of Judy’s reluctant help. “Well, I imagine that you will be needing to get home,” Holly’s mother commented with little subtlety in her desire for him to leave.

“Yes, I do believe that I should be going, ma’am. Thank you most kindly for your hospitality. Dinner was the best that I have had in a very long time.”

As Holly escorted Eddie to the front door, he turned back to her parents. “I would very much like to write to Holly after I leave town. This would be with your permission, of course.” Her parents discomfort regarding this request was clearly visible. Their response came from her mother.

“Holly will be starting nursing school in a few weeks. I am certain you will understand that her studies will be very important. We would prefer she not be distracted.”

Both Eddie and Holly seemed to have lost their ability to speak. Neither could find the courage to look at each other in the face of such a defeat. Silently Eddie walked out the front door and made no effort to look back as he walked down the street. Holly waited by the window until he was out of sight before running up the staircase to her room. For the better part of an hour, her mother tried speaking to her through the locked bedroom door. Holly never heard her mother’s words. She had crawled out her bedroom window only moments after running up to her room.

1 review for The End of the Season 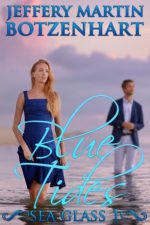 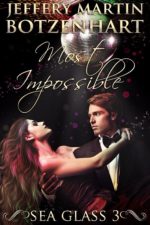 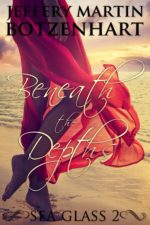 View all books
Would They Ever Love Again?