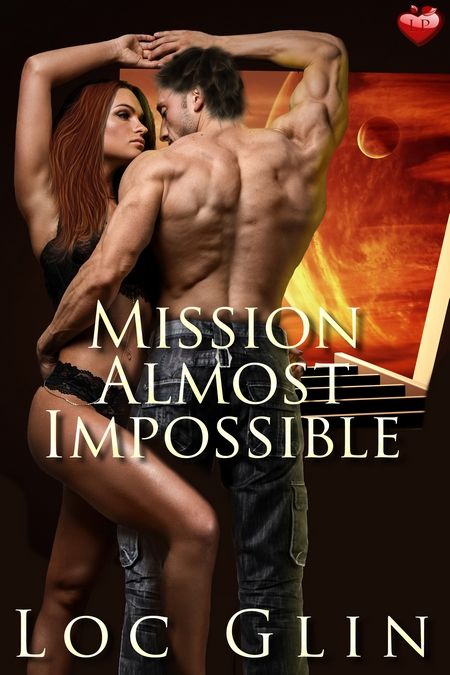 The odds are against him, but Jerin will find a way! With or without the gene Kaley will be his…

On Setera, only one in four hundred thousand is born possessing the cryan gene—a gene essential to the survival of the Seteran race. Jerin and the others like him are duty bound to find the match to that gene somewhere in the universe, for it can no longer be found on Setera. With no clear instructions on how this task is to be accomplished it is a daunting undertaking, like finding a needle in a haystack.

Jerin’s assigned quadrant is Earth. After twelve years of searching he is beginning to lose hope, until the answer hits him over the head with a frying pan. Now all he has to do is convince this beautiful, feisty woman to follow him to another universe in a galaxy far far away.

The sound of heavy male boots crossing the foyer floor filled the air. It seemed to be a single perpetrator. Damn, he was taking his time. Something made a heavy thudding noise as it hit the floor. What was going on out there? She wanted to stomp her foot in exasperation. She pulled her head back and leaned it against the wall. The footsteps became louder, causing the rate of her breathing to escalate. She chanced another peek.

He stood in profile with his hands loosely settled on his hips as if he were surveying a new residence. The man had to stand at least six feet six inches tall with broad shoulders and muscled arms. His biceps flexed and filled his red and blue plaid shirt sleeve. Tight blue jeans showed off legs thick with sinew and hard flesh. The corner of his mouth tilted into a smile creating a dimple. He turned his head to the side just enough for her to see a lock of his black hair fall carelessly into the middle of his forehead. It was all she could do to stifle the gasp that threatened to escape her lips. He looked like Superman.

Too bad she had to bash him over the head. Her body was telling her it would prefer to be doing something else to him.

He took the two steps down into the sunken living room. If she were going to do this, now would be the time. At five feet nine inches tall, she was not a small woman. Truth be told, she was a curvy full sized woman and rather strong, more muscle than fat. Even so, she had her doubts about her ability to subdue this man. Kaley gripped the frying pan, knuckles turning white with the strain of it. Inhaling a fortifying and courage building breath, she charged. He turned and his blue eyes filled with surprise as the pan in her hands made contact with the side of his head.

The next moments seemed to happen in slow motion. The man’s arms moved upward in a reflex and defensive action. His hands gripped her upper arms. As he lost consciousness, the weight of his body pulled her off balance, sending her tumbling to the floor with him. Her head collided with his jaw. Dazed, she rolled off of him and struggled to her knees. Placing her palms on her temples she pressed, trying to ease the pain and steady the dizziness that was threatening to send her into the same state as the intruder. After three deep breaths, her eyes began to focus. The giant lay before her as still as death. A moment of panic washed over her. Had she killed him? She placed her ear to his chest in search of the answer. The steady thump thump of his heartbeat greeted her, and she sighed in relief. The overpowering need to vomit overcame her. She rose and scrambled to the bathroom.