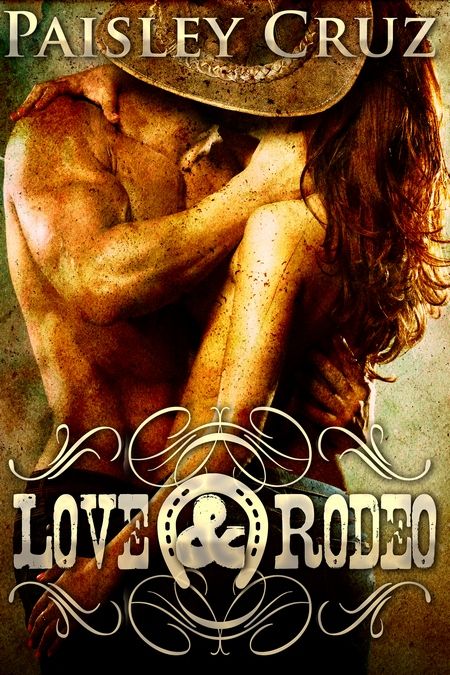 Kallie Davis has barrel raced her entire life up until six months ago when both of her parents were killed in a car accident on their way to watch her win her first world title. With an outstanding invitation to rejoin the circuit, she’s determined to win enough money to adopt her younger sister and get on with her life. She returns, haunted with memories and dreams of her parents that just won’t seem to go away. Running away from it all, she runs right into Levi Cavanaugh, and for the first time, the bad memories are chased away.

Levi Cavanaugh just got his ticket to the big times as a rookie bull rider, and he planned on spending most of his time partying—until he meets Kallie Davis. She’s sexy and a completely different breed. Now all he wants to do is party with her. He knows she has a past and can’t help but want to protect her from it.

Levi and Kallie pair up with one another exploring boundaries and living life, each week falling more in love. With the world championships just around the corner, Kallie has to choose between love or the only family she has left.

Levi stood, took her hand and pulled her toward the dance floor.

When they got there, Kallie started to sway to the music and Levi did the same. The beer was starting to get to her. She wasn’t a regular drinker, and it worked its power on her. As a result, she started to feel herself loosen up.

She flung her long hair from one side to the other, while Levi danced closely behind her. When she felt his hand on her hip, immediately her heart raced and her skin danced where his fingers touched her. She closed her eyes and got lost in the music.

Soon the music slowed and she turned to face Levi. She rested her hands on his hard chest, feeling a zing that ran straight through her body and resided in her core. Her breath caught at the sensation before she ran her fingertips along the hard contours of his chest, to his shoulders until her palms cradled the back of his neck. Levi’s arms moved around her waist and pulled her body against his. She inhaled sharply at their closeness and how alert her body had become to his. She looked up into his crystal blue eyes and couldn’t help but notice the curve of his lips. She wanted those lips. She wanted those lips on parts of her body she shouldn’t even be thinking about. She shoved the thought from her mind before closing her eyes as she held onto him while they swayed to the music. His body felt good against hers. He was warm and that was when she realized she felt safe there. A feeling so foreign to her she almost pulled away, but then he cleared his throat and their gazes connected.

“What are you thinking?” Kallie asked.

He looked mesmerized as he stared down at her.

Kallie’s heart raced in her chest. All of a sudden, she was surrounded by a mixture of leather and sandalwood, making her weak in the knees. He filled her senses, and it was too much. She grasped at his button-down shirt, mostly to hold herself together, but really to keep herself from doing something she’d likely regret. Kallie Davis was many things, but a buckle bunny was not one of them, and jumping him right here on the dance floor would scream it. She wanted him. There was no denying that. She just had to be careful. She took a deep breath and pulled away. It took her a minute, but her bearings returned. She started to excuse herself but his arms tugged her back to him. His large calloused hands found hers and guided them until they were back at his neck. It was then she felt his fingertips move up her arms. He skimmed the surface of her skin with his calloused hands, causing goose bumps to rise all up and down her body, and heat to pull at her core. She exhaled deeply as she bit her lip. He ran his hands back down her side until they found their place on her hips. He leaned down until his mouth was beside her ear. She inhaled sharply with anticipation, both hoping and needing his lips to land on her neck.

“Are you ready for another beer?” he whispered and she shivered.

She nodded and he pulled her toward the table. As they walked, she focused on her breathing and getting herself cooled down.