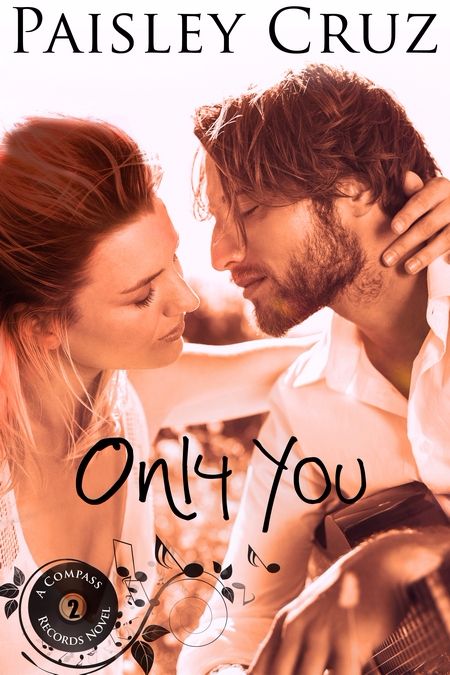 Summer Arlington has it all, a great record deal and two albums under her belt, but she wants more. She wants to write her own songs and create an album that actually means something. Upon returning from her tour, she’s tired and ready for a break but her label has something else in mind. They’ve scheduled her for a week of songwriting with Lawson Bentley—resident bad boy and up-and-coming songwriter. They start off a little rocky, but Lawson has a way of opening her up and finding the raw, in-your-face material to make a great song. Not to mention, he’s sexy as hell, and even with all of his tattoos there’s a protective side to him that makes him irresistible.

Lawson Bentley has wanted to be a country music star since he was old enough to pick up a guitar, but fate had a different plan for him in the form of songwriting. He’s done well for himself and thought he had everything he wanted until Carter Landry dangled a recording contract in front of him to work with Compass Record Princess, Summer Arlington. True to his nature, he recklessly agreed with one stipulation, he couldn’t sleep with her. After meeting Summer, making good on that term proves to be more than difficult.

Will Lawson give up his dream of a record deal to be with Summer? Will Summer finally get the album she’s wanted?

An hour later, they had been working but were getting absolutely nowhere. Every time she’d come up with a line, he’d shut it down. What she thought sounded good, he thought was terrible. The flow they had shared the previous day had yet to unveil itself. She was aggravated and she hated that he looked so good in just a white T-shirt.

Lawson sat down his guitar and huffed at her. “What’s wrong?”

“Why does something have to be wrong?” she asked back.

“Because yesterday you were on fire writing with me and today I can’t even get one good line out of you!”

“Not hard enough!” he yelled back

“Can you just cut me some slack? I just ran into my ex!”

His hand caught her arm, pulling her to look at him. “I’m not going to baby you.” His voice reverberated inside her body.

“Then what do you want from me?”

He looked down at her with those green eyes and stubbly face and it was nearly her undoing. She pulled her arm out of his grasp.

“I want you to put a damn long-sleeved shirt on!” she yelled as she backed away from him, looking at his tattooed arms, trying to put some space between them.

He smiled as he realized why she’d said that. “Do my tattoos bother you?”

He stepped toward her and Summer stepped back.

“You could say that,” her voice was shaky. She swallowed and licked her lips.

He took another step toward her and she took another one back. Her mouth went dry as her eyes met his. The look confounded her as she realized desire was staring back at her.

Summer didn’t respond. Instead, she took one last step backward until she wasagainst the pool table. He was closing in on her. Her brain told her to move, but her heart was all-in, plastering her feet to the floor where she stood. He was inches from her face, and his body barely touched hers as she held on to the pool table for balance. She flinched when his hands finally touched her arms lightly sending goose bumps all over her body.

How was she supposed to answer that when her body wanted him so badly, but her head screamed to stop?

“I scare you?” He looked astonished.

“I’ve never done this sort of thing before.”

“We don’t have to do anything you don’t want to.”

Both relief and panic ran over her. Her head was relieved, but her body panicked because it both wanted and needed this.

“It’s not that I don’t want to. It’s what’s going to happen later that scares me.”

He brushed his cheek against hers. Her breath caught as the stubble on his cheek ran over hers and goose bumps formed all over her body. “Live in the moment with me,” he whispered into her ear.

Be the first to review “Only You” Cancel reply
All our ebooks are available to download in PDF, ePub & Mobi