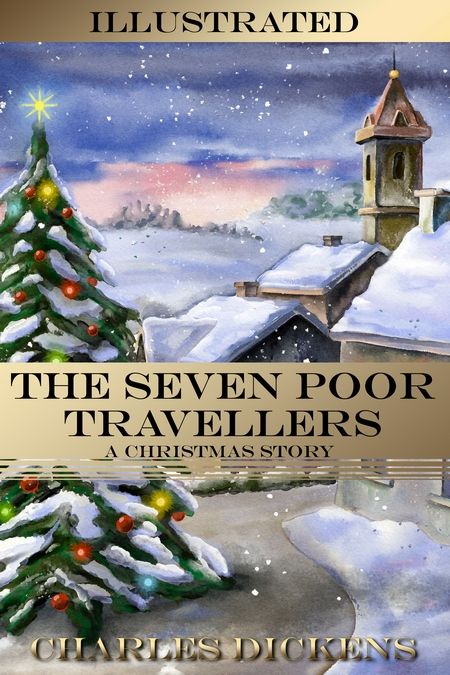 Strictly speaking, there were only six Poor Travellers; but, being a Traveller myself, though an idle one, and being withal as poor as I hope to be, I brought the number up to seven. This word of explanation is due at once, for what says the inscription over the quaint old door?

RICHARD WATTS, Esq.
by his Will, dated 22 Aug. 1579,
founded this Charity
for Six poor Travellers,
who not being ROGUES, or PROCTORS,
May receive gratis for one Night,
Lodging, Entertainment,
and Fourpence each.

It was in the ancient little city of Rochester in Kent, of all the good days in the year upon a Christmas-eve, that I stood reading this inscription over the quaint old door in question. I had been wandering about the neighbouring Cathedral, and had seen the tomb of Richard Watts, with the effigy of worthy Master Richard starting out of it like a ship’s figure-head; and I had felt that I could do no less, as I gave the Verger his fee, than inquire the way to Watts’s Charity. The way being very short and very plain, I had come prosperously to the inscription and the quaint old door.

“Now,” said I to myself, as I looked at the knocker, “I know I am not a Proctor; I wonder whether I am a Rogue!”