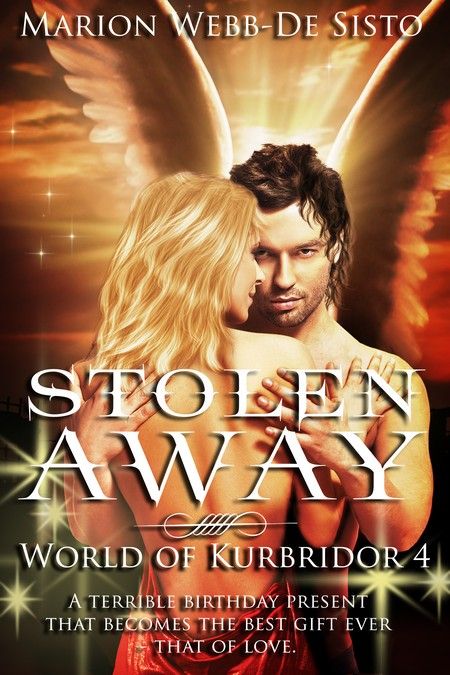 A terrible birthday present that becomes the best gift ever – that of love.

Esther’s friends give her the birthday gift of a date with Angel Zortek who, unknown to them, is not a man dressed as an angel. He’s a demgel, someone who is half demon, half angel. The date proves to be disastrous, especially later when he abducts Esther and brings her to the world of Kurbridor. There she is rescued from Zortek by another demgel, named Dreydon, who keeps her safe until he can take her home. An attraction develops between them, but she tries to ignore her feelings because he is not human.

After two days, Dreydon makes passionate love to Esther, but she insists he takes her home. That ends their short-lived relationship. Will Zortek want revenge and, if so, how will Dreydon be able to defend Esther?

This is a story of demgel deceit, passion and rage set on a magical world filled with mythical creatures.

Reader Advisory: The heroine is stolen away by an evil demgel, rescued by another, who ultimately also steals away her heart.