When you accidentally run into the chance of a lifetime, do you embrace it, no matter what the conditions?

Eighteen-year-old native girl Dian Cinta has aspirations to save enough money for a college course—a tall order for someone who works at a coffee stand.

But when she agrees to accompany billionaire Joseph van der Waals for a year as he travels the world in his private jet, it seems like the chance of a lifetime to impoverished Dian—until she learns that Joseph prefers his employees to share his appetite for sexual experimentation.

As she wonders what she has let herself in for, Joseph’s entourage lands in Bangkok, and Dian is driven to a luxury resort hotel by two of the women. Once there, the sexual heat is cranked up from sultry to red-hot, and Dian is caught up in a wave of experiences, the like of which she’d never even dreamed.

Reader Advisory: The mile-high club has never been this crowded before. Five men and women promised body and soul to a billionaire.

It could get messy. 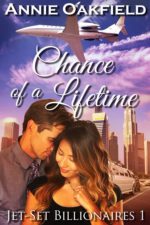