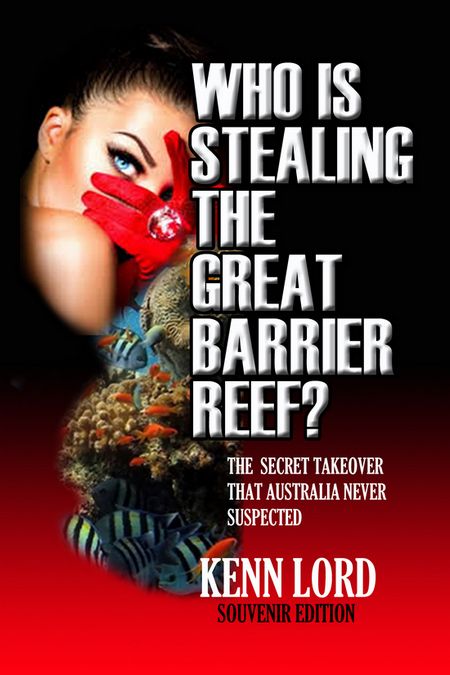 Who is Stealing the Great Barrier Reef?

DARK SHADOWS IN THE GARDEN OF EDEN

The Great Barrier Reef is Australia’s wonder of wonders—nature’s gift to the Coral Sea.  Marking its southern run to the Tropic of Capricorn are scores of bewitching green-capped islands of varied size sitting like sandy jewels above the rainbow gardens of coral.  The Reef has always been a tourist magnet, an ecological icon and a target for climate change activists who herald its death from human indifference.

When international jet ports were established near the Reef in the Queensland seaport of Cairns and the tourist Island of Hamilton, the glittering resort of Deriobar Cay, a luxury playground for rich and beautiful people, mushroomed on one of the largest coral islands.  There were disquieting rumours of government corruption in the brushing aside of ecological rules that protected Deriobar’s fragile site, but nothing ever came of them.

Even more disturbing were vague suggestions of sinister Oriental interest in The Barrier Reef, the Coral Sea, the eastern seaboard of Queensland, the islands of the South Pacific, and in Australia’s Northern Territory Seaport of Darwin.

At first, Australia’s languid disinterest in the Orient was taken for granted, but since then, things have begun to change.

As Wild as It Gets