After a disastrous appearance on the hit reality TV show, Eye in the Sky, Justin Kilburn decided to open a bakery in his hometown of East Aurora, New York.

With all that behind him, he sunk his heart and soul into opening, Olivia’s, a bakery named after his mother who died of cancer when he was a boy.

Everything was going just as planned except for his escalating feelings—and libido—for Blake Williams, Jr., local hottie and Justin’s landlord. But Justin promised himself he would stay away from men, especially those who look like Blake.

Blake Williams, Jr. doesn’t intend to stay in East Aurora for too much longer. But before taking his rightful place at the company’s headquarters in New York City alongside his father, he has to prove he deserves the position first. With his numbers good and goals being met, Blake’s focus begins to blur due to the handsome baker from across the street. He was definitely not a part of Blake’s plan.

But like his tasty treats, Blake can’t resist taking a bite … then another … and then another.

Reader Caution: This story contains hot men and even hotter buns, some you can eat and some you just want to savor slowly. Consider this to be your only warning so don’t get burned!

By all accounts, the opening day of Olivia’s had been a success. Justin was grateful but being the new business on the block would soon lose its appeal and he worried what would happen when it did. But what was the point of worrying? he asked himself as he flipped over the sign on the door to closed.

From across the street, Justin noticed Blake walk out of his office and get into his dark Silver BMW Sedan. He moved like a natural born athlete, and his looks rivaled any male model on the cover of a glossy magazine. Justin wondered what it would be like to be born into a family of wealth and privilege, not that Justin would exchange his family for anything in the world but it would be nice to know that the bills would always get paid one way or another. For Justin, money equated freedom, and yes, possibly happiness too. It was money that made his dream of opening a bakery come true, and it was money that stopped his mother’s dream from not coming true. It was pretty damn easy to figure out. Money wasn’t always the root of all evil, it could be the road to heaven on Earth, too.

Justin stepped away from the window when Blake’s engine roared to life, the sound reverberating in his chest. He didn’t want to be seen gazing out the window like a stalker fan or smitten schoolgirl because he was none of those things, fan or smitten with Blake Williams. Yeah, he was attractive in a football player dressed in Prada rich boy kind of way, but Justin usually went for more realistic guys, men who didn’t mind eating in restaurants that didn’t have linen napkins. Justin preferred blue collar over white collar, but these days he wasn’t getting either.

“You got the lights?”

Justin flipped off the lights before turning to Rudy. “Are you happy how this day went?”

“It’s always a good day when I get to work with my favorite nephew,” he said from across the room.

Justin didn’t bother pointing out the obvious, that he was Rudy’s only nephew. He watched as Rudy finished the closing procedures they put in place before opening. “C’mon,” Justin said noticing the spark in his uncle’s eye was fading fast. “Let’s hit the pub down the street. It’s on me. What do you say?”

“That straight bar that serves beer in cans?” Rudy asked.

“That would be the one.”

Rudy tossed his head back, and if he had hair, that would have flicked too. “That sounds like the perfect way to end the night. I love all that flannel and plaid and chest hair. Makes my boy parts go all tingly.”

Justin groaned. “Did you talk with Mom this way?”

“Rudy’s laugh filled the room. “Sweetheart, your mother may have been many things, but a prude wasn’t one of them. She loved salacious gossip over cocktails. Why do you think we got along so well?”

Although Justin chuckled along, sadness filled his chest on hearing Rudy speak of shared memories with his mother. He missed her every second, of every minute, of the day. “What was her favorite drink?” The question came out of nowhere. He almost felt silly asking.

“She loved a good frozen Margarita but I think her all-time favorite was a Long Island iced tea, that is until she hurled it up one night in the Founders fountain at 2:00 a.m.”

He couldn’t help but gasp. “Mom puked in the pride and joy of East Aurora? I can’t believe she wasn’t run out of town after that.”

“She nearly was thanks to the spooky twins.”

“I rallied a couple of my friends,” Rudy began, continuing, “Miss Divina and Miss Divine, and we marched over to their mortuary and threatened to bitch slap them until they silenced their forked tongues.”

“So that’s why they didn’t give you a hard time today.”

“Those bitches know I have Divina and Divine on speed dial ready to swing into action at a seconds’ notice. Those queens may have gotten a bit older, but they still love a good brawl.”

“You’re making this up.”

Rudy made a cross over his heart. “How could I make this stuff up? And if I did no one would believe it.”

The sadness won. “I miss her. I thought time would dull the pain but it doesn’t, not really. I might not feel the pain as often but it’s still as intense.”

“I wished I could tell you it gets better but I would be a liar.”

Justin always appreciated Rudy’s honesty. Although he worked with sugar, he left the coating to the treats and nothing more. “I love how you always tell me the truth.” 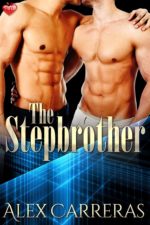 View all books
Truth or Dare