View basket “Unintended Sexual Consequences” has been added to your basket.

Rina has had enough of working at Elliot Technologies and more specifically for Elliot himself. Ever since their first meeting her emotions had been a never-ending rollercoaster ride. Elliot however, always treated her like just any other employee—until she handed her notice in that is.

Elliot had worked hard to hold himself back from acting on his feelings for Rina; she’s his employee after all, not to mention a lot younger, and a heck of a lot more innocent. But if she thinks she can just leave his company and travel to another state to work for one of his rivals she’s in for a surprise. There’s nothing Elliot won’t do to keep Rina.

His plan—to kidnap Rina and claim her so thoroughly she’ll be branded by him, soul deep.

The problem with this plan—Rina has no intention of giving any more of herself to a man who only wants her because she’s leaving.

Reader Advisory: This Dark Romance novelette contains a hero who will do whatever it takes to claim his woman and tie her to him, forever. If at first—kidnapping doesn’t succeed—he’s prepared to try and try again.

“I bet your body says yes, and you may not say yes, but you will scream it.” That was the gamble Elliot was prepared to take; it was a gamble he was more than willing to make sure he won. Not looking away from Rina’s eyes he pulled her to him, her body immediately aligning with his. He let her feel his growing arousal, his body’s immediate response to having her pressed so close. As his cock swelled, as much as it could within the confines of his clothes, his slacks stretching tight, he let his hips press forward. He slid his hand down to her rear, cupping one rounded cheek that had been responsible for months of temptation and torment, and ensured there was a pressure keeping her as close as could be, trapped in his embrace. Leaning forward he tucked his head into her neck inhaling her unique scent, yet another temptation he no longer wanted to resist. It also put him close enough to whisper in her ear, his breath an intentional caress.

“If you’re not wet now, when I’ve not even kissed you, when I’ve not done more than hold you and let you know my intentions, then you can go, walk out the door, and walk out my life.”

At least for now, Elliot didn’t feel the need to add.

Rina’s head tipped to the side, as if she couldn’t marshal the strength to hold it and talk, she never broke eye contact, though. Her beautiful blue eyes, normally so bright, a ready reminder of sunshine, had gone dark. “And if I am … wet?”

Her hesitation on the last word was such a turn on. Her innocence or lack of experience when it came to talking of intimate matters, brought all of Elliot’s macho instincts to the fore. It was such a stark contrast to her normal ability to challenge him.

“You’re mine,” Elliot said answering both Rina’s question and stating what he already believed.

There was a slight tremble to his right hand as he slid it in a caress down Rina’s skirt. He caught the hem when he reached the bottom lifting it without hesitation and passing it to the hold of his other hand, still pressing Rina close.

He moved efficiently, with intention—he wasn’t going to spend time seducing her slowly—he was too desperate to prove his point. His fingers didn’t pause when they discovered bare flesh, above the line of a stocking and tucked beneath a delicate pair of knickers, he kept them moving straight to the crease of her bottom, where her legs came together. Using one of his own legs he pushed Rina’s legs as wide as her bunched skirt would allow, creating room for his fingers to wiggle between her thighs and forward. The tips of his fingers brushed against the outer lips of Rina’s pussy still pushed together.

His heart stuttered, and his stomach lurched, he had to make himself breathe; he had yet to feel moisture. He broke away from Rina’s gaze, his eyes drawn to Rina’s heaving cleavage, a legitimate move to cover the uncertainty of what he was feeling. Was she not as aroused as he was? 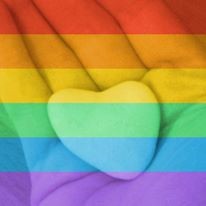 View all books
Shackled by the Cowboy Drifter