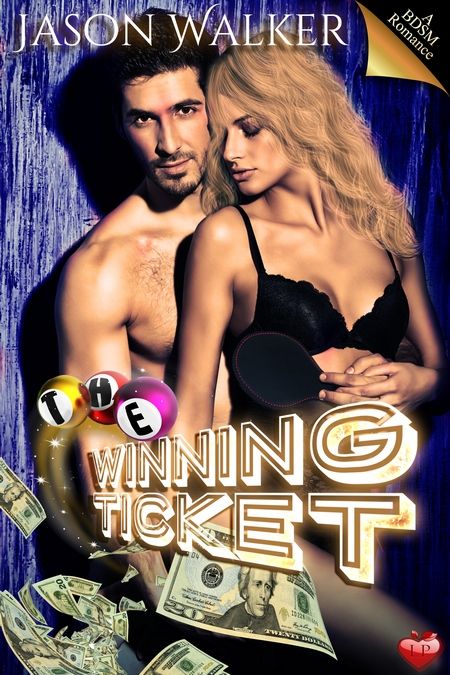 He won millions in the lottery but soon found out that finding the perfect woman was worth far more than that.

Jack West had a good day. On a lark, he purchased a lottery ticket. Little did he know that within twenty-four hours he would go from being a regular guy to a millionaire? He quickly discovered that money can’t buy happiness, but a chance discovery changed all that. He couldn’t have predicted that a lowly cleaning lady would become the most important woman in his life. It was clear that being rich was nice, but finding a perfect submissive mate was better. Sometimes it’s nice to win on multiple fronts.

READER ADVISORY: This book contains scenes of Domination and Submission, sex toys, punishment and reward, a wealthy Master and the discovery of the perfect woman clad in a housecleaner’s outfit.

They had been cleaning here once a week for nearly a year. She was charged with cleaning every room of the house, but there had always been one door locked. She was curious but knew better than to ask. The rest of the women had packed up and had already left to move on to the next house, while Amelia made one last pass through the house just to double check.

As she approached the normally sealed room, she reached out and turned the knob as she did every time. To her surprise, it wasn’t bolted. Easing the door open, she peeked inside.

She spoke into the darkness. “Hello?”

There was no response, so she stepped inside. Amelia knew this was wrong, but her curiosity made her continue. With her heart pounding in trepidation but also excitement, she reached out, feeling the wall near the door until her fingers brushed against a light switch. A quiet click revealed a sight she was unprepared to see.

After her eyes adjusted to the light, she was fascinated to find specialty furniture and a wall full of toys intended to restrain, restrict and punish a person. She was standing in the center of the room taking it all in, the sights, the wonder and especially the smells of musk and leather when Jack walked in behind her.

All he said was “Hi” and she nearly jumped out of her skin. With a small leap forward, she stumbled and bumped into what looked like an old school pummel horse. Catching herself from falling, she found herself bent over the equipment at the waist. Her long shirt rose tantalizingly high and exposed her backside to the owner of the house. He didn’t rush to help or say a word. He just smiled and offered a desirous moan upon seeing her.

Amelia had thought he was attractive from the moment they met. For her, the money didn’t mean anything; it was all about him. He was muscular and handsome. An angular jaw and bright smile, a frame of over six feet and shoulders broad enough to place statuary upon had all combined into a perfect package as far as she was concerned. Whatever her attraction to him may have been, it would have been very unprofessional of her to show any sign of it. Now, the rules had been tossed out the window. In a most innocent of circumstances, she found herself bent over a piece of fetish furniture with her apple shaped ass upturned for him to see. She could tell, he liked what he saw.

Neither spoke as he moved towards her. Unsure what was going to happen next, she held her breath. She watched her employer as he stepped closer.

“I’m sorry you found your way in here. This is a private space and not meant for uninvited guests to see.” His voice was measured but leading in a way. She knew there were a couple of ways she could respond. One was obvious, apologize profusely, stand up and scurry away in the hope that he wouldn’t cancel her contract and probably get her fired from the agency. The other was far more risky and risqué.

Without giving it any thought, Amelia’s voice was barely above a whisper. “If I have violated any rules, I would expect to be punished.”