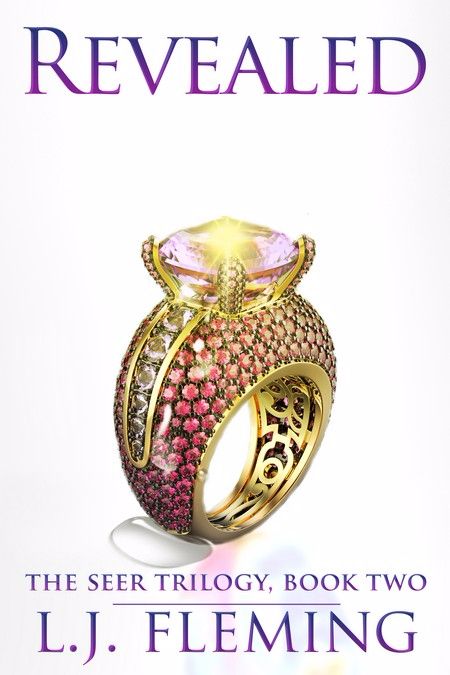 Seer, Owen Melonach, and Viera Ethesreld just celebrated the twelfth birthday of their oldest child, Therrin. With the celebration, comes an unexpected twist.

Still suffering from amnesia due to an accident he suffered while fighting to keep the universe from falling apart, Owen finds his long-lost memories have begun to return. But what do his memories tell him about the man he used to be and the life he lived before?

Owen now knows a secret that Viera has been keeping for many years, but will it change the way he feels about his family?

“I don’t know why I’ve been carrying this with me,” he started. He didn’t know what he really wanted to say, but he needed to unburden his heart. It would be best to do it while she couldn’t react or even hear him. Owen didn’t want to hurt her any more than he had to, and already he was the source of many of her heartbreaks.

“Tiekling gave me this ring and reminded me to follow my heart. I can’t follow my heart, Viera. It tells me to do things I can’t, and it’s killing me.”

Owen gulped feeling as though he couldn’t get enough air into his lungs. Was this what love felt like to everyone? If it was, he didn’t understand why people sought it out so readily.

“I love you, Viera, but there is nothing I can do about it. I have to be selfless, and it’s the hardest thing I’ve ever done. It would be easier to throw my arms around you, kiss you and tell everyone how I feel, but that is not a luxury I can afford.”

Owen rose from the chair and put the back of his hand against her cheek lovingly. Her skin was warm and smooth to his touch. He savored the feeling knowing this could be the last time he got to experience it. They would have to be apart, not only for Andor’s good, but for himself as well. He knew being around her would make his heart shatter into a million pieces.

“Try to remember the friends we are,” Owen said, his voice thick with emotion. There was no denying his feelings were true, but he knew what he had to do. He had to be selfless, and he had to give her a chance to have a normal life. Something he knew a secret relationship would never give her.

Bending down, Owen let his lips brush against her lips. Pulling away, Owen placed the ring on the table next to the bed. He turned, walking to the door. Owen placed a hand on either side of the doorframe to hold himself steady. Leaving would signal the end of the relationship they once had.

He walked briskly from the room and down the hall. Owen would’ve run, but he knew it would never be enough distance to make him forget. She would always hold his heart, and there was nothing he could do about it.

View all books
Men For Hire 2