Prophecy of the Halfling King

Caymeron’s life has never been his own. Born to a hated prophecy, he hides from the world for fear of destroying it, sacrificing the one thing his kind cherish more than life itself—their fated mates. Or in Caymeron’s case, the world’s destruction.

Elizabeth has always been free to enjoy life, yet things are about to change as her coming-of-age celebrations near. Times are hard, and the young lady finds herself sold to the highest bidder. Her future husband is a tyrant detested by all.

Not all is lost for these two, however, as their lives collide in this fast-paced romance of historical proportions.

Will they find true love, and enjoy their happy ever after? Or will life take a turn for the worst, dooming them fore’er more?

Elizabeth was tired. She had had enough of this life, of being controlled by her father, of constantly being made to feel inferior, and worst of all, guilty of simply being. ’Twas not her fault she resembled her mother, nor was it her fault that her mother was no longer with them. Mayhap it would have been better if she had perished right along with Lavena.

Choking back a sob, Elizabeth collapsed against the cold exterior wall of her father’s home. Her tears fell freely now, soaking her cheeks as she sank to the ground. Her heart ached, lungs burning, as she fought to contain the screams she craved to release. All the frustration and anger at her unfair treatment. Although Elizabeth had never been abused physically, she lived life being emotionally tormented from day to day. And with each day that passed, she grew to detest her father more and more. She hated it, hated everything about their relationship, and her life. All she wanted to do was disappear. To fade from this place, start anew elsewhere, where none knew her name or her bloodline. Elizabeth wanted a normal life in which she was the keeper of her own destiny. Free to live as she wished.

Startled by the unfamiliar voice, she gasped, wiping at her face frantically. To be seen in such a state . . . if her father heard of this, he would punish her. Heart racing, Elizabeth tried to stand, yet her legs felt weak from running, her body exhausted. She gripped the wall to steady herself yet lost her footing as she did so. Elizabeth gasped, her satin slipper sliding across the manicured lawn. She was about to fall, in front of this strange man. Could things be any worse? Yet, just as she thought she would tumble to the ground, Elizabeth found herself held steady in a tight embrace.

“Calm yourself, Elizabeth. I have you. Here” —she glanced up to see a finely woven silk handkerchief held in a large hand— “dry your face, dove.”

“Thank you.” She accepted the handkerchief in a trembling hand, wiping away her tears quickly. Her cheeks flushed from embarrassment, heart still thundering wildly. She did not want to glance up and meet this man’s stare. She did not want to see the disgust on his face. “I apologise. You did not deserve to be greeted by such a sight. Please, forgive me.” Elizabeth bowed her head, still refusing to glance up. Mayhap if she garnered his forgiveness, he would not report her actions to her father. “Please, kind sir, I—”

“No, my lady. ’Tis I who should apologise for behaving so familiar with you.”

’Twas only then that Elizabeth realised that she was still being held by this man she did not know. Feeling flustered, she abruptly pulled away, her cheeks heating once more. How many times this day must she be embarrassed thus? Offering him her back, Elizabeth moved away, and strangely, she felt the loss of his heat. Frowning, she ignored the unfamiliar sensation as she folded the silk square in her hand.

Be the first to review “Prophecy of the Halfling King” Cancel reply
All our ebooks are available to download in PDF, ePub & Mobi 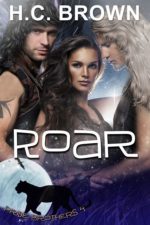 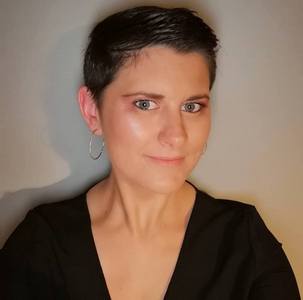