View basket “Fiery Love” has been added to your basket.

When a fierce, badass lycan needs a woman to be sexually submissive, what’s a girl to do?

Marlee is mixed race—half-human and half-elf. During the week, she teaches elf children how to use their powers positively. At night, on weekends, she’s part of a group that hunts and incapacitates rogue lycans who attack and kill their prey. One night the group meets Radon, a fierce wolf-shifter who is also a hunter of rogue lycans. He’s a badass and carries facial scars from fighting a rogue lycan to the death.

Radon is attracted to Marlee and spends time protecting her, but he’s very dominant when having sex and wants her to submit to him completely.

Does she feel an attraction to him? Will she be his submissive or does she prefer to continue her life as it was before their paths crossed?

Radon felt upbeat. Marlee seemed to enjoy his company and hadn’t refused to invite him into her home again. This pleased him and his wolf. I should be able to make love to her before very long. It’s hard to believe my face doesn’t sicken her, but it seems as though she can ignore the scars. I’ll try to behave casually until my wolf overrules me.

Keeping the conversation light, he informed, “In some cities, the police provide all of the protection against any violence. That means lycans and elves don’t have to hunt for rogues as we do here.”

“I know, but maybe the way we do things in this city is better?”

He answered, “At times it’s better, but elves don’t kill the rogues as I and my kind do. Once they’ve served their sentences that are set down by the Lycan Council, they can come back later and start attacking others again.”

“It’s true, yet how can killing someone be okay? Maybe we should be leaving law enforcement to the police?”

With a look of disdain, Radon replied, “They’re only human. It needs a lycan to kill a rogue.”

“I have an elf friend who’s married to a policeman. She says he’s very brave.”

“Maybe he is, but how about an elf and a shifter couple? Don’t you think that would be mind-blowing?”

“No, it would be a disaster. Shifters are too aggressive for elves. For myself, I can’t imagine being with anyone other than an elf or a human.”

Radon looked down at his empty mug. “Well, will you at least give me another hot chocolate?”

“Of course I shall, no problem.” She picked up his mug, took it to the counter, and added new granules with a spoon.

His inner wolf urged, “Claim her!” and, acting on this compulsion, Radon moved to stand behind Marlee. He took hold of her shoulders, turned her around, and lowered his face to hers. “I want you, Marlee. My wolf is urging me to take you, but I know that would upset you. I’m going to kiss you again and do more.” His mouth came down on hers, and he savaged her lips. She tried to pull away from him, but he held her even closer and forced his tongue inside her mouth.

Oh, this elf tastes so sweet. Let’s see if she’s ready for me to do more.

His hands moved to her waist, and he forced them under the top of her jeans and panties. A moment later he brought two fingers down to her special place and began pressing her clit. She squirmed, and he hoped it was from desire. He wanted to go further but didn’t intend rushing things. I could ravage her and enjoy every moment. Then she’d loathe me and probably report my conduct to the Lycan Council. They’d fire me, and I’d be left with no cash. Lay down, wolf, she’s not ready for you yet. 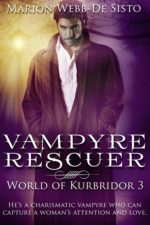 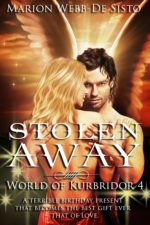 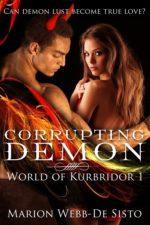 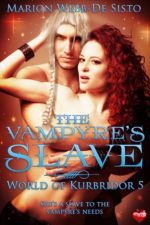 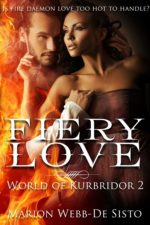 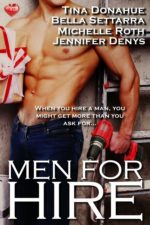 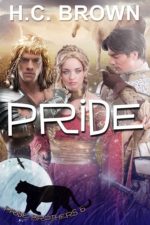 View all books
Lady of Seville