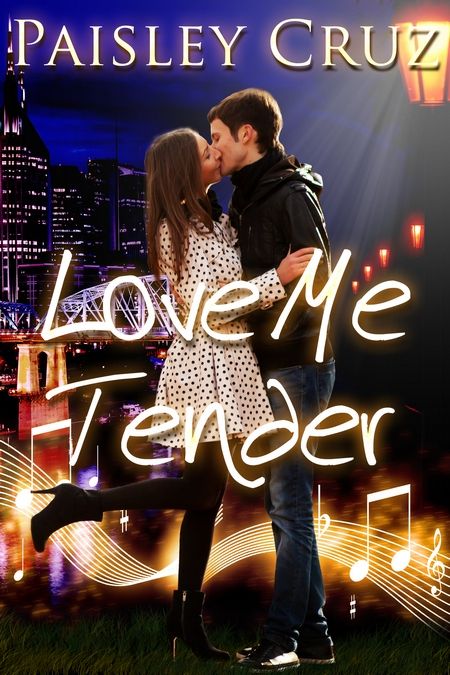 She was the breath of fresh air he needed so desperately.

Kadee has rules—rules that keep her on track to become part of Nashville’s country music industry. An internship at a top record label is a sure way of getting there. A week before her internship begins, she meets Carter in a bar, and for the first time she considers breaking those rules. After an amazing night together, she leaves him asleep in a park, sure she will never see him again. Little does she know fate has a different plan in store.

Carter comes to Nashville to take over his family’s failing record label. The only thing is, he resents it. He’s ready to pack up and head home when he meets Kadee. She shows him the city, and now he can’t get her or Nashville off his mind.

With revived interest, Carter sets out to save his label, only he needs something truly spectacular to rescue the company.

Will Kadee be the one to save them both?

“Where are we going?” Carter asked as Kadee stopped and kissed him for a second. He wouldn’t deny her that pleasure, nor himself.

When she pulled away, her face was serious.

“Only my favorite place in the whole city. Just wait.” She turned and started back down the alley. As he trailed along, the fog that clouded his brain from that kiss dissipated and he tried to remember his question to her.

The closer they got to the end of the alleyway the quicker she moved. They emerged and raced across the street to Metro Riverfront Park. The park overlooked the river and there was a passing barge floating down the Cumberland. They found a step to sit on near the water. As they found their seats, a horn sounded and Kadee jumped before starting to laugh.

Carter stopped to take her in. Her hand was on her chest and her head thrown back as her infectious laughter filled the air. She was beautiful and a little wild. She was a breath of fresh air, the fresh air that he needed so desperately. A piece of her hair fell into her face and he quickly moved to brush it out of the way. He needed an excuse to touch her and that was it. He caressed her cheek feeling the softness of her face as she touched his hand. When she looked up at him, she stopped laughing and it was as if the air between them began to crackle.

“Why is this your favorite place?” Carter asked.

She smiled at him and for the first time he noticed her dimples.

“Just listen for a second.”

He did as she asked. All he could hear was the commotion from the bars.

She shook her head.

“No. Close your eyes and listen a little closer.”

He closed his eyes and tried to drown out the loud people. He could hear music from all of the bars on Broadway. The music filled his senses, and all at once he understood why this was her favorite place. He could hear a rendition of Johnny Cash’s “Ring of Fire.” He listened to the lyrics for a moment. He pondered the words and realized how they pertained to him in that moment. He’d fallen into a ring of fire, named Kadee. He was falling down. She’d tore down his defenses without any effort and now he burned with a yearning to be near her. When he opened his eyes, Kadee was inches from him, searching for the right response.

“‘Wow’ is right. This is Nashville. That music is Nashville and it’s amazing. This many talented people in one place, all fighting for the same thing. It’s amazing and beautiful and terrifying all at the same time.”

There was a moment of silence between them as Carter stared at Kadee while she looked out over the Cumberland River.

“You asked me earlier what I wanted to do in the music industry? I want to make people’s dreams come true.”

“You have a different way of looking at things.” He caressed her thigh.

“What do you mean?” Kadee asked as she flipped her hair to the side.

“I mean, most people would love this park because of the view. I mean the view is stunning, but you like it for the sounds.”

“Is that weird? I just love country music.”

“I think it’s astounding.” He offered a smile before leaning in to kiss her again. They kissed for a while longer before they lay back on the soft grass.

“So what’s your favorite part about Nashville?” Kadee asked.

“You. Tonight. So far, you’re my favorite part of Nashville.”

Her breathing had steadied itself as she cuddled up against him, laying her head on his chest. He kissed her forehead. The way she fit into his body just felt right. The way her curves hugged his, and the way her hand naturally splayed across his chest. It all felt right.

“For tonight. Thank you.”

“Mmm…” Kadee moaned and he knew that she was almost asleep. He lay there for a while longer, listening to her breathing and watching the stars above them. For the first time since he came to Nashville, he felt like he could stay here, and more importantly, he felt the magic the city offered.

He lay there for a while longer listening to the music from Broadway and fell asleep to the lullaby it sang.

3 reviews for Love Me Tender 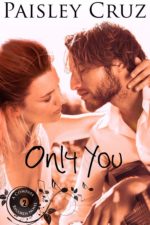