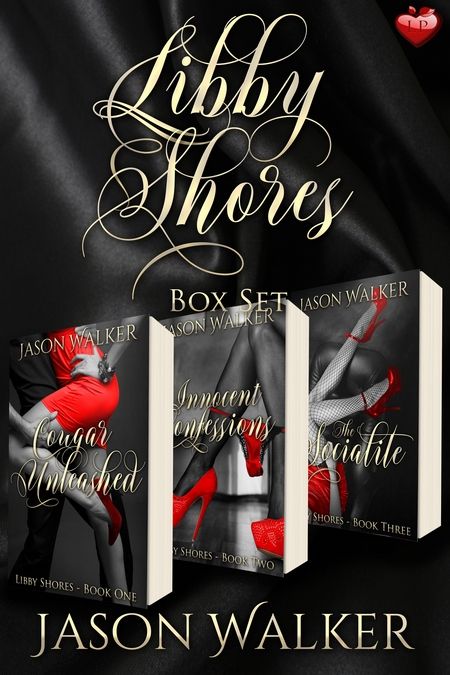 Libby Shores, North Carolina is an idyllic beach town. Slowly lapping waves caress sandy beaches, bright sunny days bathe over the area. The Outer Banks are pristine sandy stretches with low Atlantic waves on one side and soft flowing dunes on the other. For the residents and tourists, life can be idyllic . . .

It is the perfect place for a sexually liberated cougar to prowl the dunes for fresh meat.

Can her voracious appetite for sex be quelled and can anyone tame her?

Troy Robbins needed a change, and he sought it there among the seagrasses and lighthouses. Upon meeting a beautiful woman, he soon realized that she needed a change as badly as he did and perhaps they could make those changes together.

The couple soon realize that sometimes, change can be difficult and painful but in the end, so very rewarding.

“And they’ll do anything?” Elaine was now curious about details.

“I asked him if he would show me how he pleasured himself.”

“After he blushed he nodded. I took him to one of Jack’s rentals, and I watched him as he stripped and jerked off for me.”

“I didn’t say that. After the first time, he didn’t even lose his erection, so I got undressed and told him to go down on me, which he did expertly, and after I came, I returned the favor. It was great.”

“Why do you hang around with them?”

Troy sensed that Patricia was a little embarrassed.

“Well, I think you could do better than to hang out with people who treat you like crap, but hey, what do I know?”

Troy knew better and felt that Patricia did too, but it was also apparent that it was a situation from which she felt couldn’t really extract herself.

“Well, Patricia, maybe we can both make some new friends! Is there a place around here we could get a drink?”

“Sure, up the beach there’s a place, but I will need to stop and change. They don’t let people in with bathing suits. You will be fine, but I am going to have to find a place to get out of this bikini.”

Troy raised an eyebrow at what Patricia had said and smiled as she blushed.

“Don’t worry. I know what you meant.”

View all books
Lifetime of Pleasure