Laurie knew she understood just by the meek smile and the bright red blush that filled her cheeks.

Five women stared at her in silence for a moment before Joanne took the reins.

Sara just nodded slightly at her question but didn’t make eye contact with the group.

Laurie looked around the bar and assessed that no one was close enough to really hear them before taking up the subject.

That wasn’t sufficient for Tanisha. “Oh, hell no, ma’am, it is not all you are going to say about it. You mean to tell us, your closest friends, that you never, ever get yourself off?”

Sara had inadvertently been pulled into an area of conversation that she was uncomfortable discussing, but she also knew it was too late to turn back now. These girls were notoriously persistent.

“No, I don’t, Tanisha. Why is that so weird? I mean, surely there are lots of people who haven’t or don’t.” She tried to deflect the conversation.

Tanisha made everyone laugh, everyone except Sara. Laurie could see that she was uncomfortable and decided to try and save her from the attention.

“That’s kind of what I’m talking about. If a woman has a desire and she is even half as overt about it as a man, she is considered a slut. Even worse, if a man ever realized that a woman is interested in a sexual relationship, he treats her like crap. He acts like he has won the lottery and thinks he never has to even be nice again. There have been times that I have seen a guy that was really hot and thought, ‘damn I’d like to get me some of that.’  I had to settle for hoping that he noticed me and was brave enough to talk to me. Then I had to hope that he was smart enough to keep his mouth shut and not say something profoundly stupid that would make it impossible for me to screw his brains out. And god forbid that a woman admits that there are certain things they like to do and if they act on those desires we are whores or sluts.”

Melody had been quiet up to this point, but her comment brought her out of her silence. 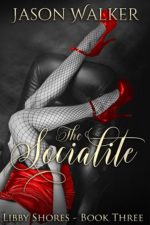 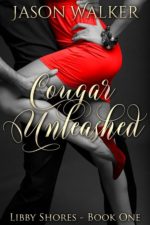