Can love blossom from lies?

Thirty-two-year-old English Architect Sam Marshall had vowed never to return to Oxley in Oxfordshire. When he meets Megan Lawrence, a twenty-five-year-old ethereal beauty for the first time in ten years, old wounds are re-opened.

Their troubled past has remained unspoken all this time. Neither of them wants to broach the subject, yet they both know the deep attraction between them will not go away.

Are they really willing to lay their emotions bare in order to move on. Can they finally put the past behind them once and for all? Will Sam eventually find it in his heart to forgive Megan? And will Megan ever learn to forgive herself?

Reader Advisory: Contains a strong heroine with a troubled past, and a sexy hero who holds the key to her emotional well-being.

While she composed herself, he moved over to the bay window. With his back to her, he looked out onto the darkening garden scene. She let her gaze drift over him. The tailored Saville Row suit fit to perfection across his broad shoulders, as his six-foot-four-inch frame towered over her. He liked expensive things, she could tell. The Omega watch, the Bentley on the drive. The aftershave he wore.

She cleared her throat. “You must forgive my outburst, but Mother rarely lets me forget my past indiscretions.”

He rounded on her then, his mouth open to say something she clearly deserved, but he seemed to take pity on her as he looked down at her seated on the chaise longue.

“Megan.” He began in a tight-clipped voice. “My deepest condolences on the death of your brother.”

She felt a teardrop caught on her lashes. Any moment now and it would run down her face. She didn’t want him to see her cry. She turned and wiped it jerkily away. “Thank you. You’re saying it to me means a lot.”

Her hands came restlessly to her lap, as he continued to stare at her. “I must get you a drink.”

She made to move, but he held up a hand. “No, Megan, you must make my excuses.”

“Didn’t Mother, invite you to dinner?”

“Yes, but under the circumstances—”
“What circumstances?”
“Being civil to each other will be a strain. Perhaps, it would be best if I left.”

He couldn’t even stand to be in the same room as her, but what had she expected. She had hurt him very deeply, but hadn’t she been hurt, too? She lifted her chin in defiance as she spoke to him, “I agree. Neither of us wants to spend time in each other’s company.” She felt the sheer satisfaction as his eyes darkened once more with pure anger. Yes, let him be angry with her. It was better that way. At least he noticed her.

She continued, “But since Father died last year, Mother has become very fragile. I’m afraid she will become very distressed if you go.”

His lips drew together. “Very well. Then get me a scotch and soda.”

“Please.” She would have his respect if nothing else.

He looked at her for a long time. His gaze narrowed on hers. “Please.”

His gaze scanned her from head to foot. “Indeed. The Swiss finishing school they sent you to was worth every penny. I see it finally taught you the benefit of manners.”

Ignoring his barb, she went over to the drinks cabinet and poured scotch into a glass. She flicked him a cool look. “Pity you never went to a finishing school yourself. You might have learnt how to keep your anger under control.” She poured soda over the whisky and added two cubes of ice, with a pair of tongs.

“I’m not an angry person, Megan.” He looked surprised that she’d even suggested it.

“I beg to differ. You’ve mostly been angry with me.” She could remember every conversation they’d had in great detail.

“Maybe, you’ve always given me reason to be angry.”

“No, not always.” She walked up to him and handed him his glass. Looking up into his classic features, she felt only the wave of contempt, as his lips compressed together. “When you first started to stay with us during the summer recess from university, and I was just eleven, we used to get along fine. It was only later when you began to resent me.”

He sipped from his glass his eyes watching her intently. “Really? So who changed first, me or you?”

She thought for a moment. “Sam, I think I just grew up.”

He nodded. “I remember, and when you couldn’t get your own way, you lashed out, didn’t you. What you did.” He grimaced. “It was unforgivable.”

Though she found it hard to break eye contact, she looked away. She felt the shame all over again, but hadn’t she suffered, too? She turned back to him. “I realise that now, but at the time, I just wanted to hurt you.”

“You did.” He sipped from his glass again, as a sense of outrage formed on his face.

“I know.” Megan let her hands skim along the grand piano as she went to sit back down on the chaise longue.

“So, do you regret what happened, Megan?”

For a moment, she just looked at him. She had regrets about a lot of things, but mostly that she had made him suffer. “Obviously, I regret what happened, Sam. I hadn’t meant to accuse you of anything, but you’d rejected me. It all just got out of hand.”

He raised his brows like he didn’t believe her. “But no apology, Megan. Only the rather meek offering from your father.”

She felt the smug satisfaction that he still hurt after all these years. Well, so did she. “That wasn’t good enough for, Sam Marshall, the great architect was it. I suppose you feel you have a right to your pound of flesh.”

“Yes, every last ounce of it.” He turned abruptly and gazed out the window.

“Then ask for it. Take it. It will be given in any form you wish.” He looked at her then, hearing the marked anger in her voice. If he wanted her apology, then let him ask for it. She wasn’t going to make it easy for him.

She raised her head, her eyes connected with his, daring him. “I was fifteen Sam, just a kid, that is my only defence.”
He breathed in and raised a brow. “Ask, and it will be given?”

“You’re hardly contrite.” He finished his drink. He placed the empty glass on the table and folded his arms across his chest as he looked at her. She could feel every single fibre with which he hated her. “Then I ask why?”

“Because I could. Because it was easy.”

“Because it was easy?” He sounded surprised. “If I recall it wasn’t easy, even for you.”

“It was easy. I just said the words, and all hell broke loose.”

He shook his head. “That still doesn’t tell me why.”

If he wanted the answer then she’d give it to him. “Sam, you were always trying to please Tom. Just like a grateful puppy, so attentive. He never once asked for your opinion on anything, and you didn’t even seem to notice. I asked all the time, and you didn’t even acknowledge me. Not once. I wanted you to notice me.” 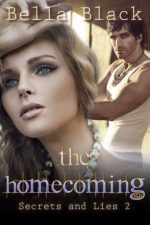 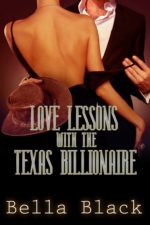 Love Lessons with the Texas Billionaire