We use cookies to ensure that we give you the best experience on our website. If you continue to use this site we will assume that you are happy with it.OkRead more
View basket “Claws” has been added to your basket.

What happens to a marriage when a spouse commits a crime? How does a family survive the trauma when the husband and children find out that a wife and mother are not perfect?

What happens when a straight-as-an-arrow husband realizes his wife has broken the law and succumbed to sexual blackmail instead of coming to him for help?

This is the story of one such event and the healing of the marriage afterward. The search for the truth and the ‘bad guys’ before the wife pays the ultimate price.

We follow the wife’s efforts to stay alive as her husband tries to come to grips with balancing his love for her and protecting their children.

Reader Advisory: A Contemporary Suspense Romance containing graphically described sex between adults, including forced sex between ex-lovers, and relates the story of a wife looking for a way to hide her criminal and moral mistakes from her husband after twenty years of marriage. This book is for mature readers only.

Living With Past Sins – Book 5

It was well past midnight on a Tuesday as Betty Easterling heard the front door of her house click shut. Her three teenage children were safely asleep upstairs in bed as her lover crept into the house. Her husband was overseas for two months and she had given in to the sexual advances of her ex-college sweetheart to reignite their relationship several months ago. The man had her life in her hands. If she refused his sexual advances, she had been told in no uncertain terms she could end up in jail for five to ten years. So she had finally given in, as if she had a choice. As demeaning as it was to be at the man’s beck and call to satisfy his sexual impulses, Betty did have to admit the sex was good, very good. In fact and she would miss it, because her husband was due back in a couple of weeks. What would happen once she was no longer able to sexually satisfy her lover, she did not know?

Back in college, she had ended the relationship so that she could pursue a relationship with her current husband. She knew then that while she had feelings for her college sweetheart, he was not husband material. His reputation in college was so bad that she had refused to see him in normal college social settings — no frat house parties, no sorority mixers, no outings of any kind. They got together for “hook-ups.” The sex was great, but conversations were at a minimum since they had only one thing in common — sex.

The adulteress looked up at Special Agent Stewart Reynolds as he slipped into her and her husband’s bedroom. The agent locked the bedroom door and pushed play on the sound system to let music cover the sounds that the two lovers would be making soon. His appearance meant she was to turn into the now well-trained submissive as her FBI handler required of her. The woman slipped off the bed and knelt nude in front of the man. The married woman slowly reached up with her carefully manicured fingers and undid the agent’s belt, unfastened the pants’ buttons and lowered the zipper on the fly as the pants fell to the floor. The woman’s red-painted fingernails slipped to the side of the man’s boxers as she lowered them to the floor as well. Betty’s red lipstick covered mouth engulfed her college sweetheart’s semi-hard erection. This male specimen was the largest cock she had ever had the pleasure of accepting into any and all of her orifices. A full eight inches or more when fully erect and very thick, almost as thick as her wrists. While she hated being forced to cheat on her husband to keep herself out of jail, she enjoyed the actual sex act itself.

Be the first to review “Fruits of Betrayal” Cancel reply
All our ebooks are available to download in PDF, ePub & Mobi 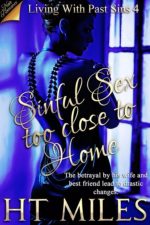 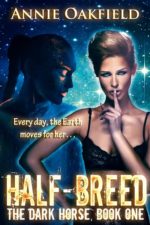 View all books
Take Me