How much heat can you handle?

Wildcat Amber knows that Lucy loves her wine and cheese, especially when the weekend lies ahead. But why is she so determined to get her friend drunk? Shy and naïve Lucy suspects nothing, although she knows the alcohol will help her to sleep well that night, and as for the cheese . . .

“Come with us please, Miss.” The gravelly timbre of the man’s voice stirred me from my slumber. I opened my reluctant eyelids and found myself looking into a pair of deep blue eyes. The man smiled down at me. His wide, stubbled jaw formed an image of chiseled perfection.

“I . . .” was all I managed before my throat tightened. Great start, Lucy! I chided myself. Enter a gorgeous chunk of manhood and all you manage to come up with is one personal pronoun?

An eerie light flickered across the guy’s face and I frowned, alerted by the shifting colors. A peculiar tang stung my nose. I sniffed. Was that smoke? I tried to sit up but a gentle hand restrained my shoulder. My head spun and the room momentarily tilted sideways, then rocked drunkenly back to level again. My head swam as if I was aboard a large ship. I had to puff out a few breaths to purge the giddiness.

Steeling myself against the sensation, I raised my head carefully, hoping to figure out what was going on and who this guy was—and I realized that he was completely naked. Washboard abs led my gaze to a neat patch of curly hair, where his semi-swollen cock nestled.

My heart began to pound. A quick glance down my own body confirmed that I was as naked as everyone else. My hands flew up to cover my crotch and my breasts even as I stared around with a sense of rising panic.

What the hell’s happening? I desperately tried to find an explanation for the situation. Smoke drifted lazily past the watching guys and I suddenly noticed a small detail that I’d missed before. Every one of them wore a fire helmet.

“Fire!” I squealed and tried to sit up again. This time, Blue-eyes had to use both hands to restrain me.

“Don’t panic, Miss,” he said. “You’re safe with us. But we need to get you out of the room.” His voice was calming, reassuring, and helped to still my rising fears.

Blue-eyes nodded and his fellow firemen lined up on both sides of me, their bared penises quivering in various states of arousal from semi swollen to fully erect. I blinked, aware that fire rescues didn’t normally require naked firemen.

I squealed as eight sets of large masculine hands slid beneath my body, supporting my shoulders, my back, and my legs. Blue-eyes nodded, and I was lifted, still perfectly flat and with my hands barely concealing my nakedness, into the air and level with the rescuers’ muscular chests.

From my elevated position, I could see that smoke was puffing into the room. Not yet dense enough to make me cough, it highlighted the surreal and shifting lights that filled the room. The colors changed from red to blue, then back again. Flickers of crimson pierced the smoke; panic rose inside me at the thought of the house being on fire.

Except that this was a dream. My woolly head and the impossibility of the situation confirmed that beyond doubt. Why the hell else would eight naked firemen be lifting me off my bed? 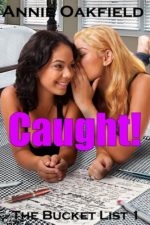