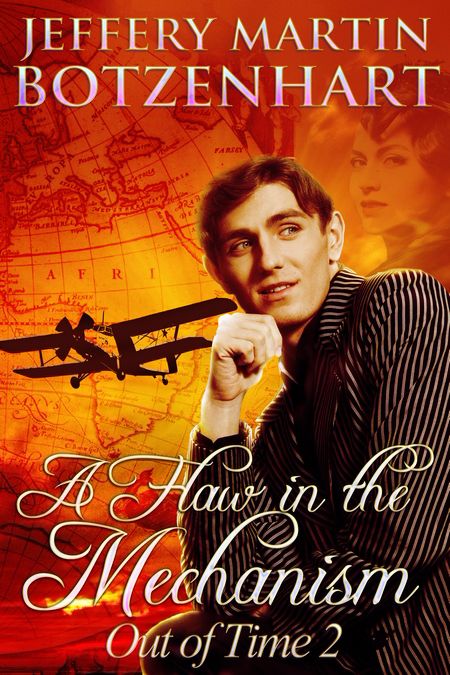 What would you do for the one you love…when time runs out?

There are some promises that are devastating to keep after a heart has been broken. One such promise made out of his undying love for Victoria sends Trevor on a journey that will lead him across the world. Yet where to begin?

His unexpected discovery of an unburned medical journal found at the Winterhust Estate sends Trevor onward to London. Seeking the consultation of a doctor who is listed on several of the pages, Trevor learns of a conspiracy within the medical community that forced the doctor to flee England.

With the aid of two people familiar with the doctor he seeks, Trevor embarks on a journey that takes him to the unspoiled plains of East Africa. It is there where he experiences how beauty and danger collide…and at times can be one in the same. It is also there where his promise is fulfilled while other promises from both the past and present are revealed with devastating consequences.

Reader Advisory: This is the 2nd story in the Out of Time series. While it is a stand-alone story, we advise reading the series sequentially.

The gentle touch of her hands running through his hair was what he noticed first as he lay there with his eyes closed. The tip of her nose then began to travel gently down his cheek as he felt the warm exhale of her breath upon his neck. Her hands traced down to his shoulders and then on to his chest. Soft wet kisses were placed upon his closed eyelids and nose before her lips found his. The pleasure of her kiss lasted for only a moment as she playfully drew her attention down to his stomach.

Trevor attempted to speak, but her finger placed to his mouth silenced his words. He rested his head back on the pillow as she continued her delightful torture of his body. He thought he could hear the beating of his heart, as his breathing grew labored. His resolve to maintain control was fading under her sensual touch.

The weight of her body shifted on the bed as she moved closer to him. Her supple breasts against his bare chest only added fuel to his raging desire for her. As Trevor’s kisses traced down her neck, he heard the faint ticking from her clockwork heart. And just as his lips came closer to the pendant … the ticking stopped.

Confusion rapidly assaulted his mind. The sensation of her warm flesh against his suddenly grew cold. He held his breath for a moment as his heart nearly burst through his chest from its rapid beating. The chill of a cold sweat covered his body. “No!” he yelled as he abruptly sat up.

It took only a moment for his eyes to adjust to the darkness within the room. With dread, he looked to his side, only to find a barren space where Victoria once rested next to him. He ran his hand lightly over the sheet as if searching for any traces of warmth that might still remain. There was nothing. She was no more than a dream.

Trevor reluctantly pulled himself out of bed. Sometime after their escape, the house had regretfully been ransacked. Victoria’s bedroom lay littered with discarded objects, one of which was a once precious china doll with a now shattered face.

After pulling on his shirt and trousers, Trevor lit a candle and moved from one room to the next as he surveyed the damage to this once beautiful home. A few unwanted pieces of clothing from her father’s wardrobe were strewn upon his bedroom floor. Furniture that had not been taken lay in ruin upon a soiled carpet. Two other bedrooms held similar fates.

Cautiously he stepped over shards of broken glass from a mirror that once hung in the hallway. From the portion that remained in the frame, he noticed his candle-lit reflection. It was as if the apparition of a ghost was looking back at him. Yet he was uncertain as to which seemed more lifeless—his tormented reflection or himself.

Once downstairs, he silently walked into the parlor. All of the furnishings and curtains were missing. The painting of Victoria’s mother was also gone from above the mantle. Discarded cigarette remains and a few broken wine bottles offered more evidence of the destructive and careless nature of the thieves.

Upon entering Doctor Winterhurst’s study, Trevor’s body trembled from a chill. Victoria had once commented that this was her favorite room in the house. There were always the lingering fragrances of leather and cherry-scented tobacco. Both were long gone, the room holding no noticeable traces of these scents.

Trevor’s bare feet walked over torn pages from books that were once displayed on mahogany shelves behind her father’s desk. He reached down and collected handfuls of these pages. Stepping over to the fireplace, he used the poker to move the ash around. At the very back of the grate, he discovered something large and barely singed. Holding it near his candle, Trevor realized it was one of Doctor Winterhurst’s private journals.

Trevor could barely believe his eyes as he read handwritten notations and entries regarding the surgical procedures performed for the attachment of a clockwork heart. The complexity in the details of the medical terminology was difficult to comprehend. Several pages included intricate diagrams of the human heart. Yet the simplicity of other details, as well as side notations, illustrated the delicate nature of the surgery. He was startled by a drawing of a gear at the bottom of a page that was accompanied with the words “a flaw in the mechanism.”