View basket “Sapling” has been added to your basket.

A relationship based on cybersex between science-fiction fans moves on to the next level when Jed invites Heather to get together for a close encounter. Like everything about their relationship, the event is unusual, being at a meeting of BOAS a secret society. No longer just sharing their fantasies online, Jed introduces Heather to group sex in the real world.

Nudity at BOAS is compulsory, but does jewelry count as clothes, and what about shoes? Perhaps more importantly, has Jed asked her on a date or are they going as friends? Heather has so many questions but will she like the answers?

Reader Advisory:  This book contains scenes of group sex including man-on-man action in addition to conversations about aliens.

“Do you hear that?” The man’s face, which filled the computer monitor, momentarily looked away.

“Shh!” Jed put his finger to his lips and leaned forward toward the webcam. “Imagine this. We hear movement in the house and other sounds, there could be voices. The next thing we know people burst into this room, perhaps there are four of them.”

“Okay.” Heather knew her new cyber-pal had not suddenly lost his mind. He asked her to imagine but where was this fantasy going? “And then what?”

“Picture this scene. Four people break into my house and are now in this room.” Jed spoke quietly. He dropped the volume even further, to a barely audible whisper, and said, “But they are not really people, not human, they look like us, but they are aliens.”

“Ah. I see.” The penny dropped. He hadn’t suddenly gone all strange. This was precisely the sort of thing they usually talked about. Heather had found Jed via an online science-fiction fan community.

“So we’re skyping like this and suddenly I’m surrounded by invaders, or do you want to be the one who has the close encounter?” He sat back in his chair speaking in his usual voice and looking relaxed again.

“No. You started it. You have the alien visitors.” That is probably safest, thought Heather. This was Jed’s fantasy tale, not hers.

“Right. So, we were chatting online, I told you to be quiet, and we both listened to the sounds in my house. The aliens enter my room, you can see the surprise and fear on my face but nothing else.”

“How will I know they are aliens?” she asked.

“Hmm, good question. I’m not sure how I know either.”

“Perhaps they have green skin and strange faces like this.” Heather held up one of her own sketches to her camera. For sixty years or so, pale egg-shaped heads with huge eyes were shorthand for an ET in any visual media. Science-fiction artists such as Heather, however, created many varied looks for visitors from out of space. “When one of them leans down to see what you are doing, I see it on my screen as it enters camera range,” she said. “I know instantly what it is.”

“Yes, good, that could work. Also, I’m surprised, scared and excited. I want to share it with you, so I move the computer and do this.”

Neither of them spoke while Jed tapped on some keys and one hand moved toward the camera. The image on Heather’s screen froze for a few seconds and then a wide-angled view of a bedroom filled the monitor.

A typical boy’s bedroom with a single bed in the corner and stuff piled everywhere. Was that a Star Wars duvet cover? The image was not sharp enough for Heather to make out details, but she could see books, DVDs, bits of computer and, based on the little she knew of Jed, odds and ends of toy robots piled everywhere. Just how old was Jed? She had originally thought he might be her age, early thirties, when they exchanged messages in the SF forums. When they started to video chat she could see he was in his twenties, she knew he had finished university and had a day job in the city. She had not imaged him messaging from his bedroom, nor that his room would look like that of a teenage boy who lived with his parents.

“Right. The aliens don’t know you’re there, watching, but now you can see them, you know what’s going on. If I disappear, you’ll know it’s due to an alien abduction.” Jed was not visible on the screen, possibly still sitting at his desk and now out of view.

“I can hear your voice, but you have disappeared already!” She giggled. “Not that I can tell anyone. Instead, they’re more likely to think I am involved in your murder.” Heather was getting into the spirit of the scenario.

“Yes, there is that. You can’t tell anyone what you see over this web connection or people will think you’re wacko.” Jed moved into view standing in the middle of the room, looking toward the floor, not at the camera. He appeared tall and slim, Heather had not seen this much of him before. Last week he was just words on a screen next to an avatar; in the past few days, he’d become a friendly face with a mop of mousy hair in a corner of her screen, as they made lengthy Skype calls.

“The aliens, what do they want?” she prompted.

“They’ve been observing humans, and now they want to examine me close up.” He looked toward the camera.

Heather nodded in encouragement for Jed to go on with the story, unsure of whether he could see her. Was his whole screen facing the room or just the camera? She didn’t know what kind of tech he was using.

“They order me to strip—everything off.”

Oh, thought Heather. She felt an instant electrical connection between her brain and her crotch. This was getting interesting, quickly, in a way she’d never imagined. 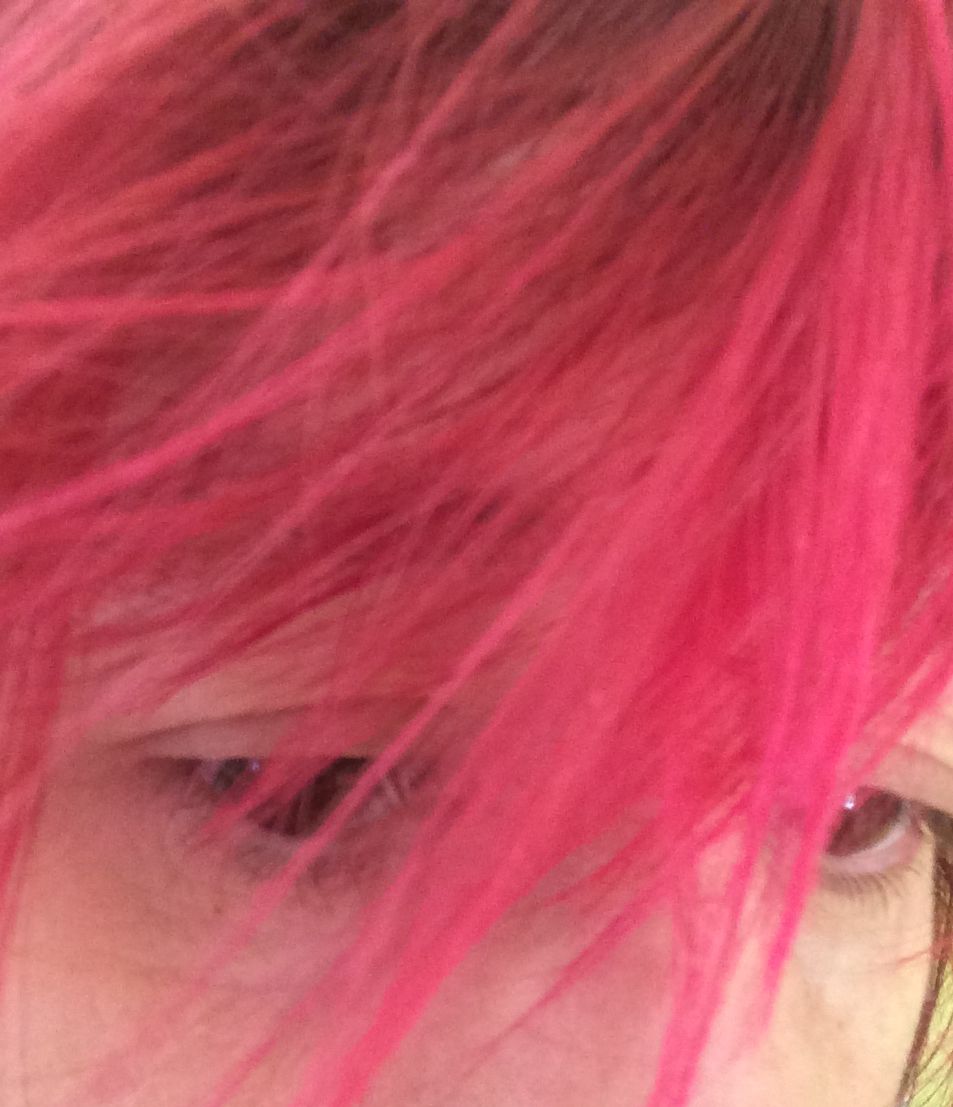